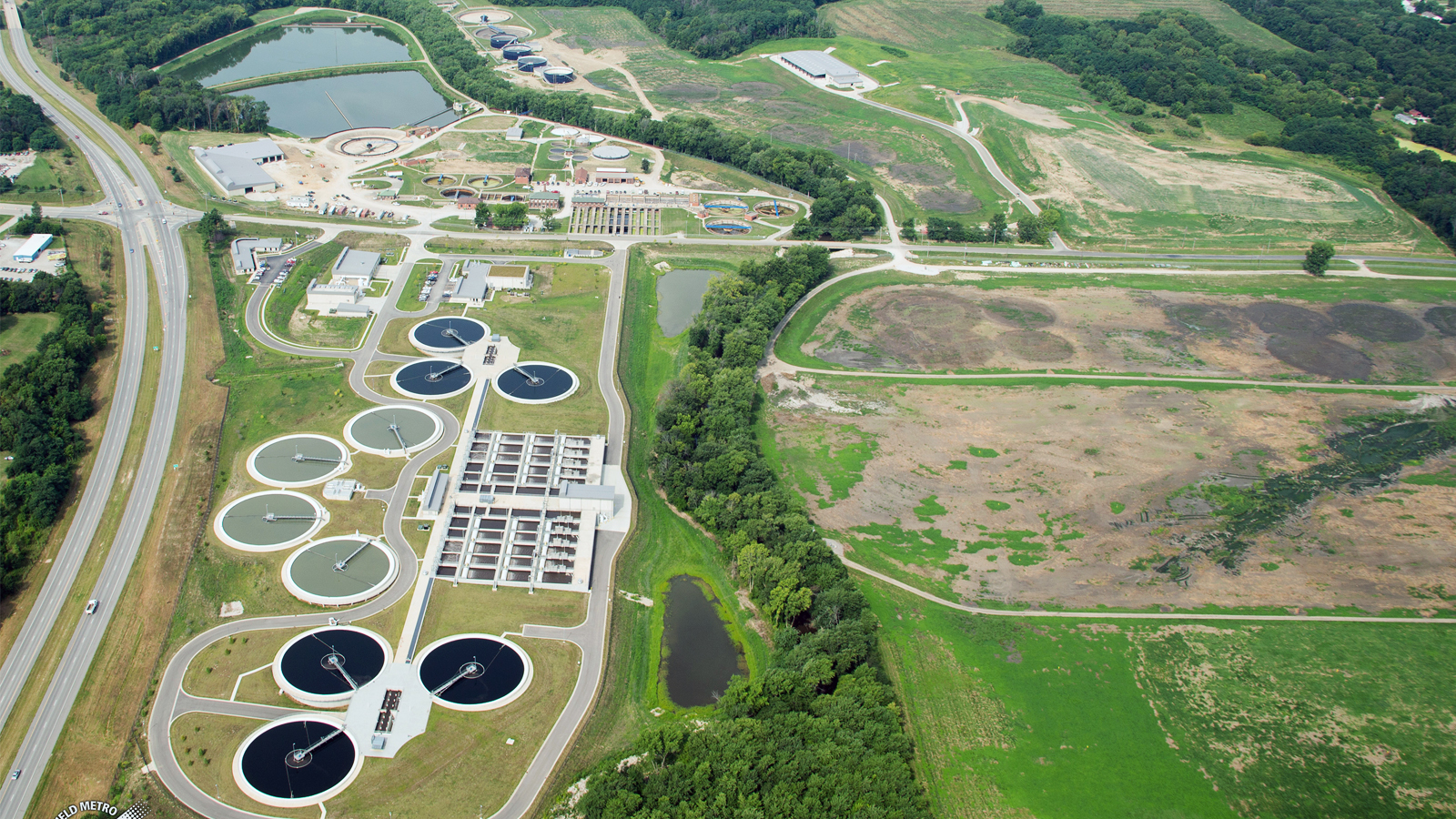 The Illinois Chapter of the American Public Works Association named the new Spring Creek Wastewater Treatment Plant its 2013 Project of the Year in the Environmental category. CMT provided design and construction services to the Springfield Metro Sewer District (SMSD) on the $91 million project.

We’re very proud to receive this award after many years of hard work. It’s a well-deserved honor for SMSD and its staff as well,” said CMT’s Christy Crites, PE, who served as construction administrator on the project.

The new 32 MGD treatment plant came on line in July 2012, providing the capacity to meet regulatory requirements and consumer demand into the future. With a peak flow of 80 MGD, the new plant process features vertical loop activated sludge reactors, UV disinfection, and one of the largest biological nutrient removal (BNR) facilities in the Midwest. The project features state-of-the-art systems integration designed for the fully automated facility that replaces the original plant built in 1928.

This is the second award that the Spring Creek plant has received. Earlier in 2013, it received an Engineering Excellence Award from the American Council of Engineering Companies – Illinois.