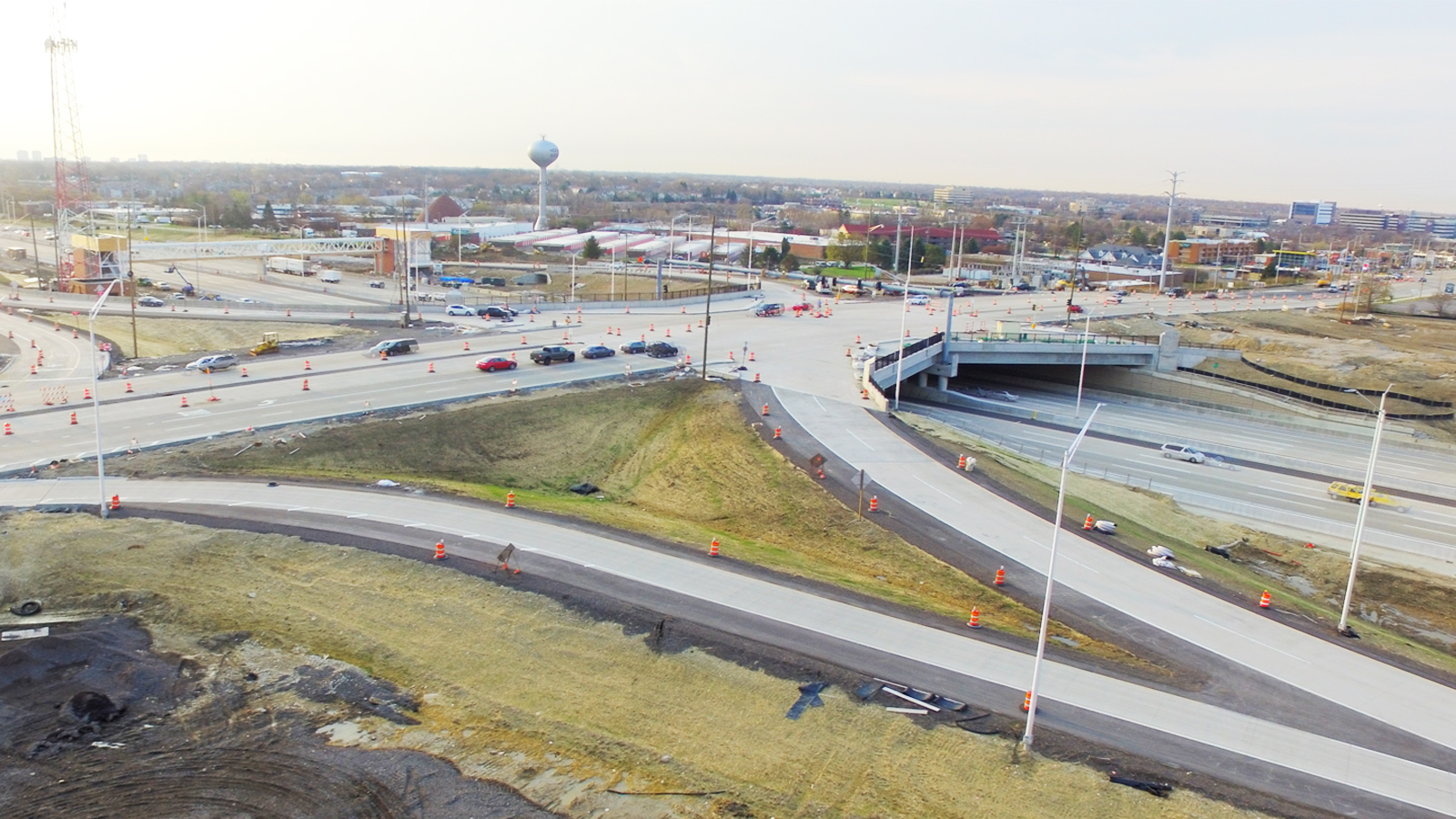 A multi-modal transportation development for northwest Cook County is one step closer to reality as the east side of the Barrington Road Bridge over the Jane Addams Memorial Tollway (I-90) nears completion. Twenty-four bulb T-beams were erected in a matter of days during partial and full intermittent overnight closures of I-90. The beams were erected in a fanned layout to allow for a dual trapezoidal bridge deck that reduces the amount of unused space on the bridge and intrinsically adds to the bridge aesthetics while reducing bridge deck costs.

The Barrington Road Interchange Project is a joint effort being led by the Village of Hoffman Estates, Illinois Tollway, and Illinois Department of Transportation (IDOT). Crawford, Murphy & Tilly (CMT) is serving as both the study and design engineer for the project.

The bridge is part of an interchange reconstruction project to convert the existing partial cloverleaf interchange to a single point urban interchange (SPUI). While the SPUI interchange type is not new to the region, this is the first, true multi-modal suburban interchange in the Chicago area. The reconfiguration will improve traffic flow and provide new western access to and from I-90.

“From a safety perspective, this will significantly improves emergency response times to and from the nearby St Alexius Medical Center. From the local perspective, the improvement is helping to revitalize businesses on the Barrington Road corridor and wil serve areas of population growth to the west,” said Tice Cole, CMT project manager.

During the planning, Pace Suburban Bus identified Barrington Road as a key location for expanded bus rapid transit (BRT) along on I-90. Pace will construct a new park-n-ride and kiss-n-ride facility, and the interchange will feature the region’s first corridor exclusive interchange BRT lanes. IDOT and the Village of Hoffman Estates are also leading efforts to implement bike path and sidewalk connections across I-90 and to the park-n-ride.