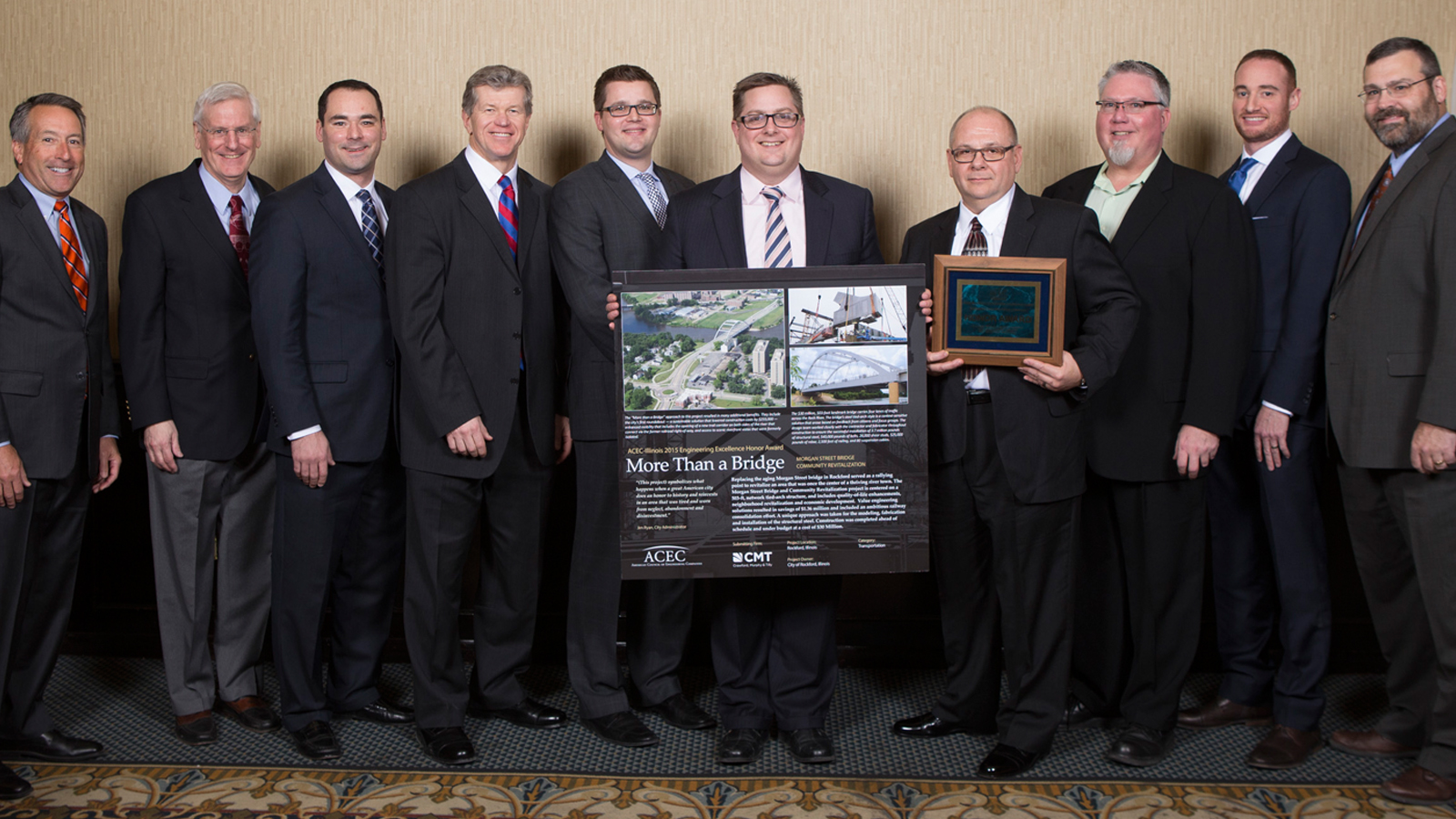 The Morgan Street Bridge and Community Revitalization Project was presented with an Honor Award at the American Council of Engineering Companies-Illinois’ (ACEC-IL) 2015 Engineering Excellence Awards banquet. It’s the second award that the transformative Rockford, IL project has received, having previously been named 2014 Transportation Project of the Year ($25-75 million) by the Illinois Chapter of the American Public Works Association (APWA).

“These awards are a reflection of the profound vision, creative thinking and tireless efforts that was put forth by the City of Rockford and the entire project team,” said Dan Meckes, CMT president and CEO.

Replacing the aging Morgan Street bridge in Rockford served as a rallying point to revitalize an area that was once the center of a thriving river town. The project centered on the new landmark structure, and included quality-of-life enhancements, neighborhood revitalization and economic development.  Value engineering solutions, including an ambitious railway consolidation effort, resulted in savings of $1.36 million. Construction was completed ahead of schedule and under budget at a cost of $30 million.

CMT led a top-tier team of subconsultants on the project, including members of HNTB, who provided mentor review on the 503-ft, tied-arch bridge. Other team members included Fehr-Graham & Associates, Arnold Lundgren & Associates and Testing Service Corporation.

“We were fortunate to be partnered with such talented people and are grateful for their contribution to the project’s success,” Meckes said.