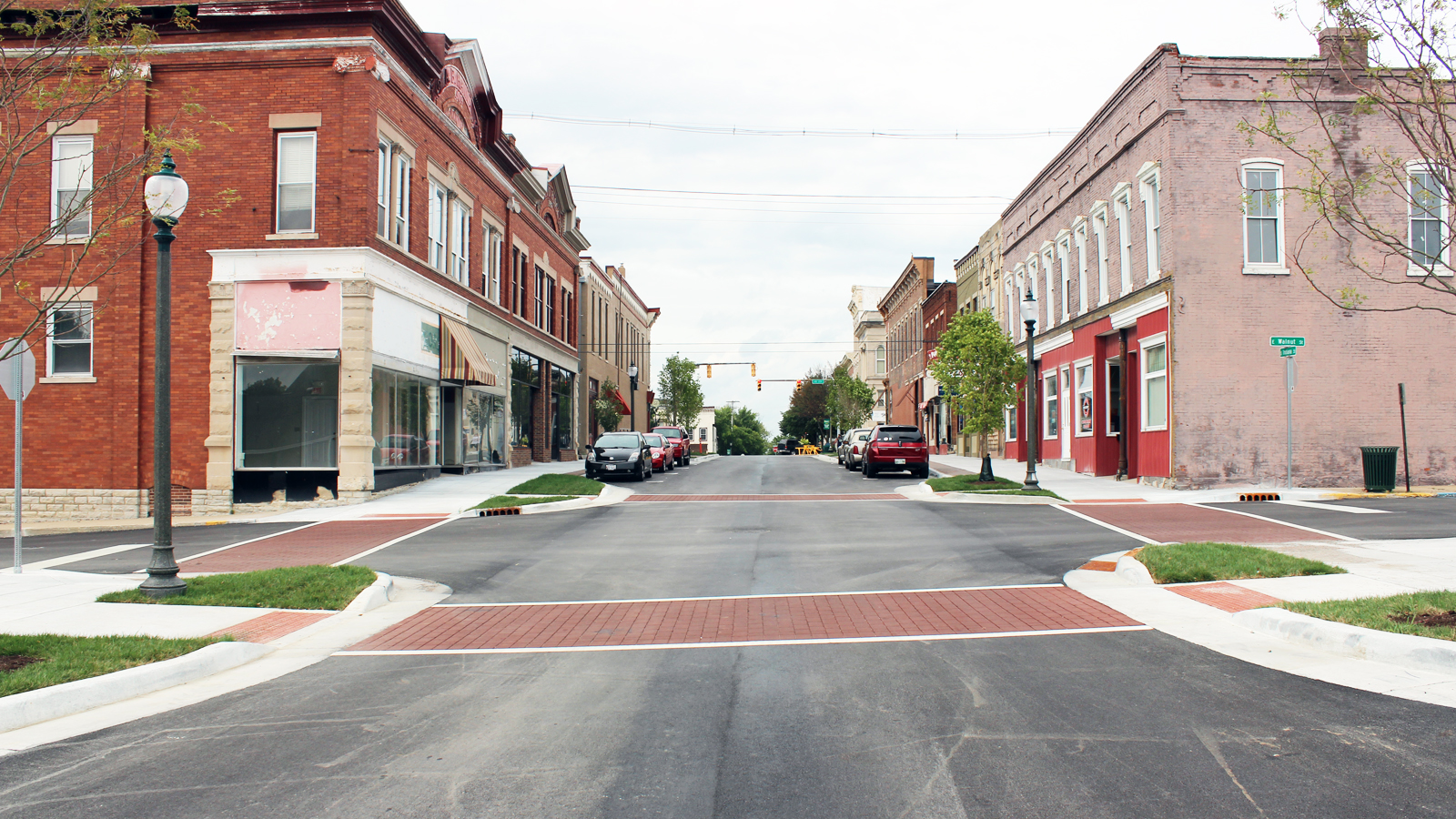 The American Council of Engineering Companies of Indiana (ACEC-IN) presented CMT with a State Finalist award for leading the Downtown Revitalization Project in Greencastle, Indiana. The project was undertaken to increase accessibility between DePauw University and the city’s downtown commercial district, and included corridor and drainage improvements. The award was presented at ACEC-IN’s annual banquet on March 3, in Indianapolis.

“This was one the first Indiana Stellar Community-funded projects to be constructed and it means so much to the people of Greencastle,” said Bill Bailey, PE, manager of CMT’s Indianapolis office. “CMT is proud that we were able to help them capitalize on these funds and maximize much-needed infrastructure improvements.”

CMT was instrumental in introducing the principles of Practical Design (PD) to the Indiana Department of Transportation, that the agency went on to adopt them into their Open Roads program. For the Greencastle project, CMT was able to implement practical solutions related to right-of-way acquisition and utility relocation that resulted in savings of approximately $350,000, money that was then directed to additional improvements. The project achieved the city’s goal of increasing commercial and social activity in its downtown area in its pursuit of becoming the “Next Great College Town.”