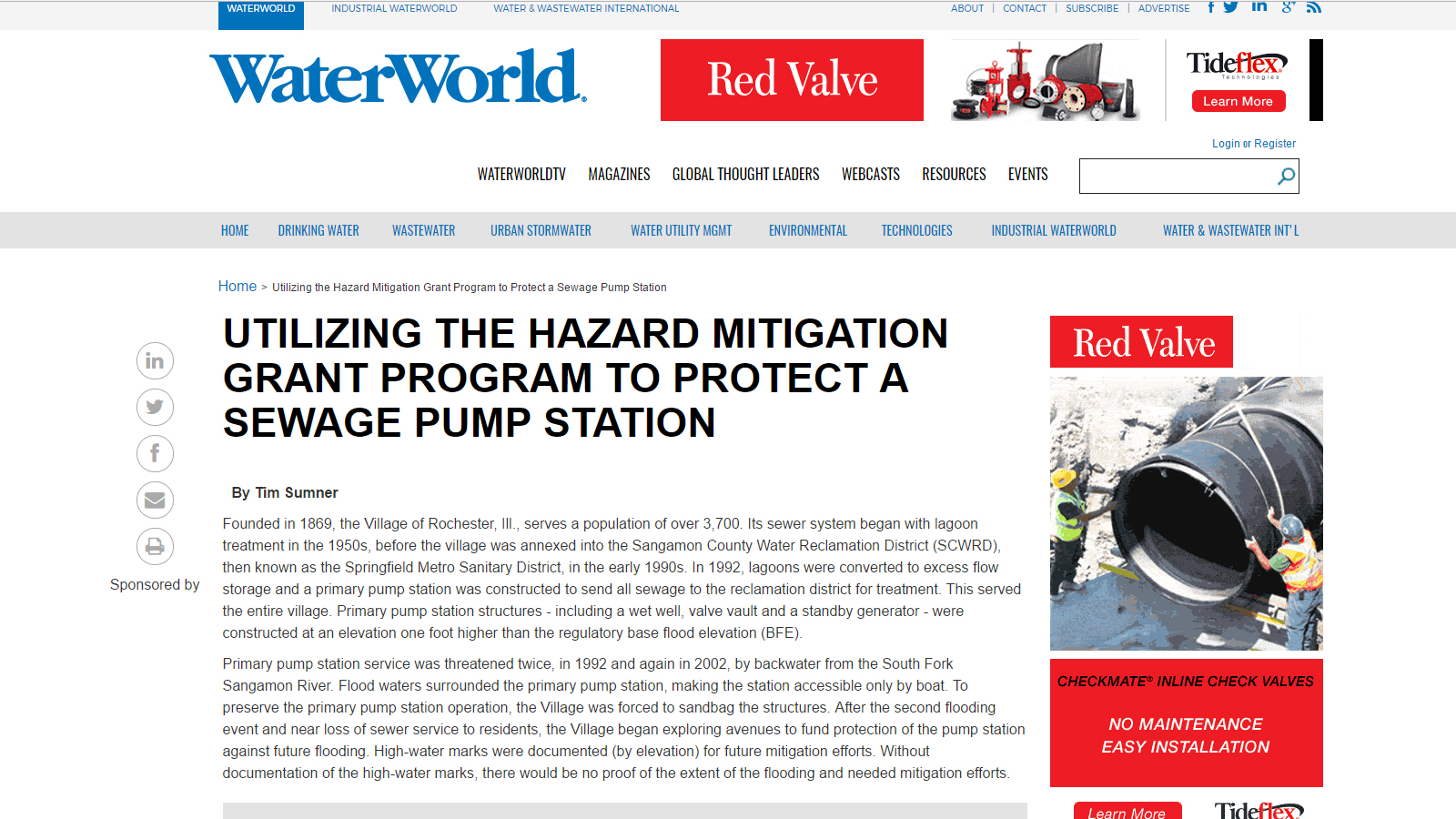 Founded in 1869, the Village of Rochester, Ill., serves a population of over 3,700. Its sewer system began with lagoon treatment in the 1950s, before the village was annexed into the Sangamon County Water Reclamation District (SCWRD), then known as the Springfield Metro Sanitary District, in the early 1990s. In 1992, lagoons were converted to excess flow storage and a primary pump station was constructed to send all sewage to the reclamation district for treatment. This served the entire village. Primary pump station structures – including a wet well, valve vault and a standby generator – were constructed at an elevation one foot higher than the regulatory base flood elevation (BFE).