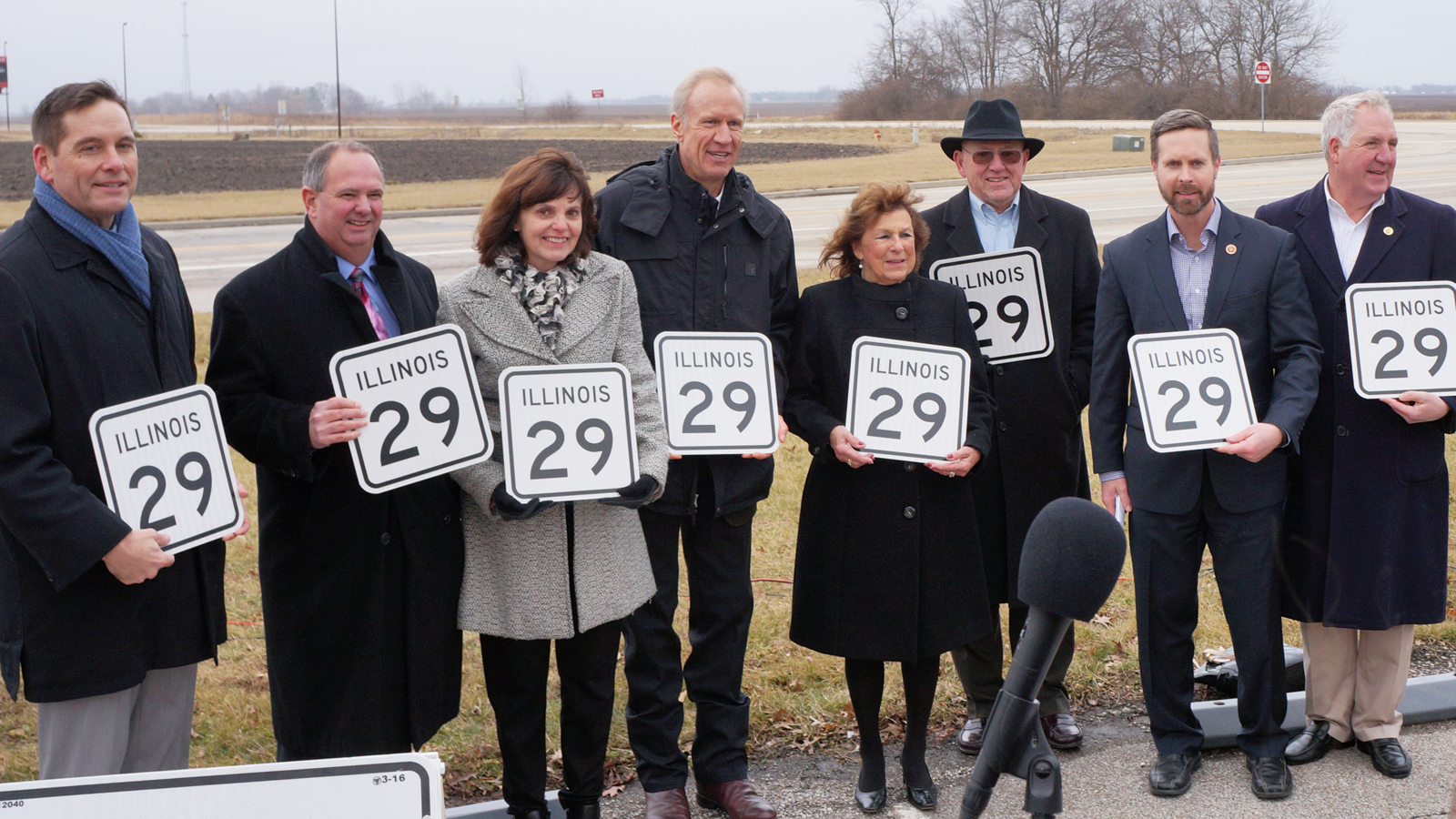 A grassroots citizens’ organization advocating for a safer commute saw their years of hard work come to fruition with the opening of the final section of the Illinois 29 Expressway. Illinois Governor Bruce Rauner commemorated the accomplishment at a ribbon cutting held on January 17, 2017. The project expanded a 20-mile rural highway, that runs from Rochester to Taylorville in Central Illinois, from two-lanes to four-lanes. CMT has been helping to lead the $88.4 million project since its earliest planning stages in the late 1990s and has remained involved through final construction.

“In 1999, I was only four years out of engineering school when I started working on the design for the first phase of this project,” said Jim Michael, who went on to serve as project manager for the project’s second and third phases. “It’s been very gratifying to be a part of a project that is so important to so many citizens who took the initiative to make this a reality.”

Project 29 is a citizen’s group that formed in 1992 with the purpose of decreasing fatalities over a stretch of the highway that is used by approximately 3,000 commuters each day. CMT worked directly with the group beginning in 1997 when the initial planning efforts began. In addition to enhancing safety by expanding the roadway, efforts were also made to preserve native prairie grass along the project corridor, while also limiting encroachment upon valuable farmland. A bike and pedestrian trail was also constructed along a portion of the roadway. In 2005, the project won an Engineering Excellence Award from the Illinois chapter of the American Council of Engineering Companies for the work competed to date.

“Seeing this project to completion is a major milestone for a lot of people. Many hurdles and obstacles were crossed along the way, both from a government and an engineering perspective. But the important thing is that IDOT heard the voices of concern that were out there and we (CMT) were able to come aboard and work with everyone to get this accomplished. For me personally, the Route 29 Expressway will always be a defining project of my career,” Michael said.