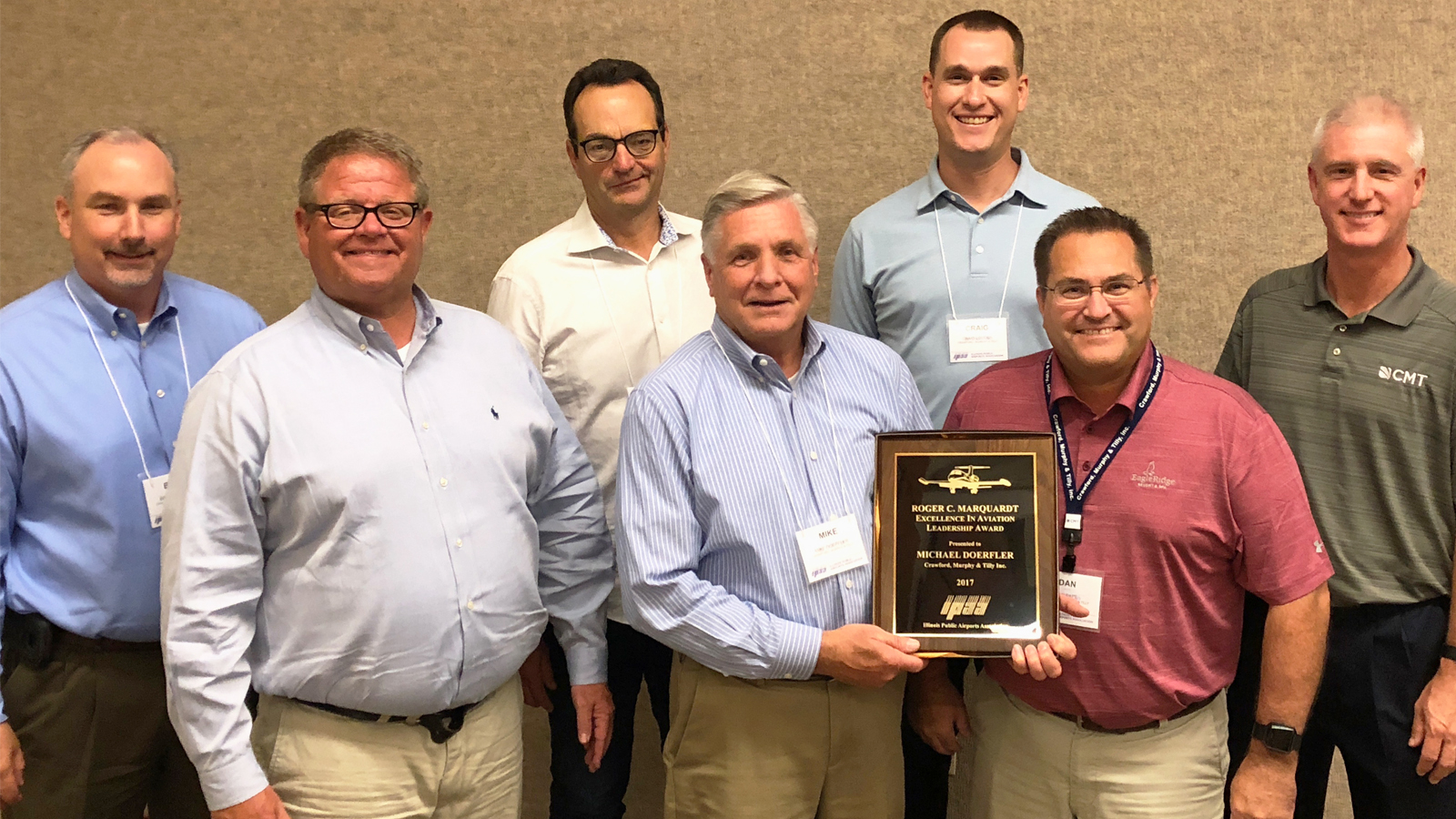 “Under his leadership, his [Doerfler] team has completed thousands of airport improvements at over 200 airports and military airfields including nearly 50 airports here in Illinois,” said Tom Cleveland, Airport Manager for Dekalb Taylor Municipal Airport and IPAA Board Chairperson presenting Mike with the award.

Mike began his distinguished 40-year career at CMT serving as a design and resident engineer for airport projects. Since 1984, Mike has been a leader in CMT’s aviation practice helping to build CMT into a top aviation design firm. As CMT’s Director of Aviation, and with a focus on quality and excellent client service, he would oversee its growth to one of the largest groups of dedicated airport design professionals in the Midwest.

We at CMT are very proud of Mike’s recognition by IPAA. His entire 40-year career has been spent with CMT where he has been instrumental in building a team of people that are highly responsive to our airport clients. As one of CMT’s senior leaders, he has been a significant part of our reputation as a leading firm in airport infrastructure planning and engineering. Most notable are the are the long-standing partnerships he has helped his team maintain with numerous airport clients – An achievement made possible by a distinguished reputation for trust and integrity fostered within our culture under Mike’s leadership.