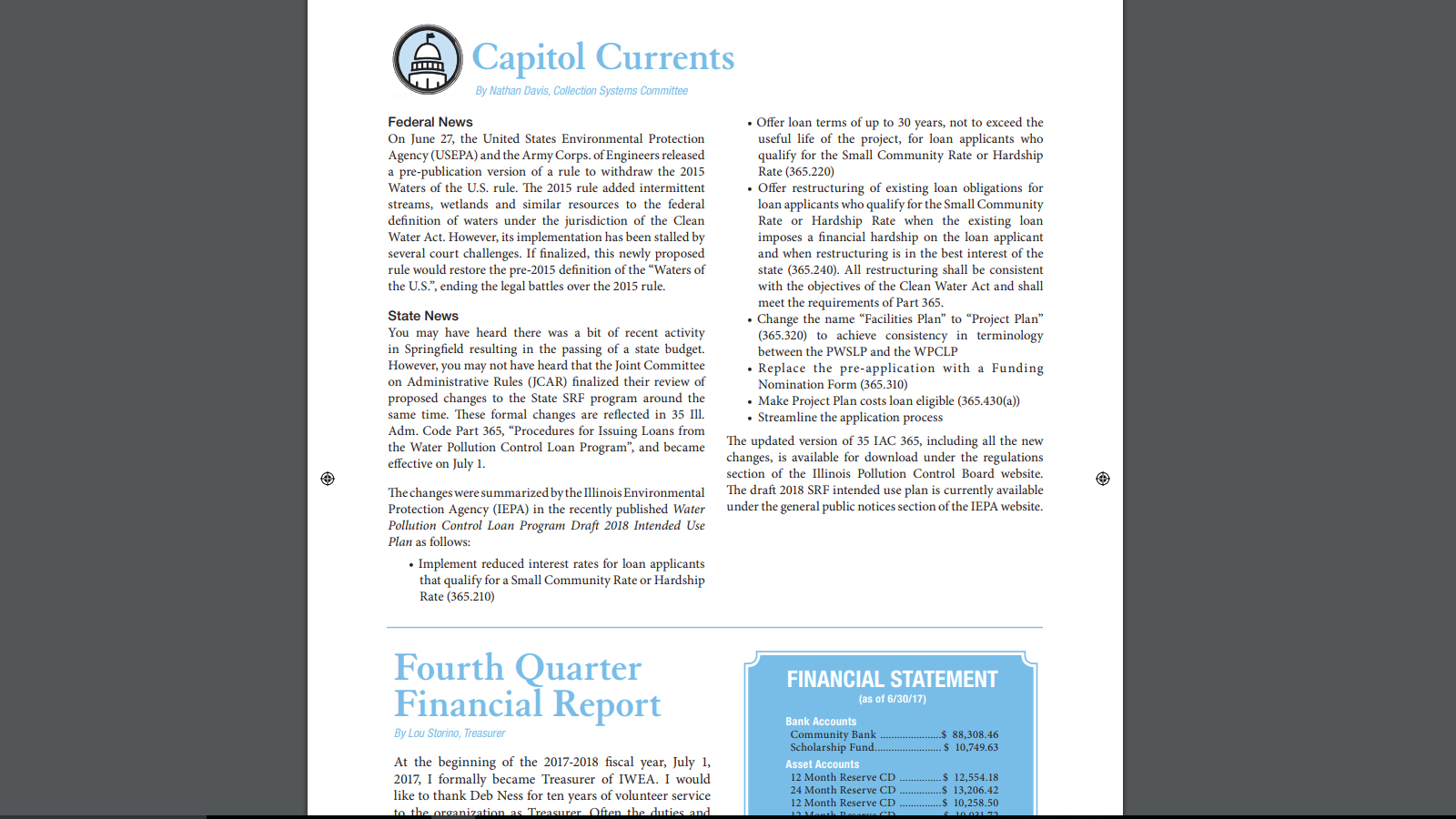 Federal News
On June 27, the United States Environmental Protection
Agency (USEPA) and the Army Corps. of Engineers released
a pre-publication version of a rule to withdraw the 2015
Waters of the U.S. rule. The 2015 rule added intermittent
streams, wetlands and similar resources to the federal
definition of waters under the jurisdiction of the Clean
Water Act. However, its implementation has been stalled by
several court challenges. If finalized, this newly proposed …