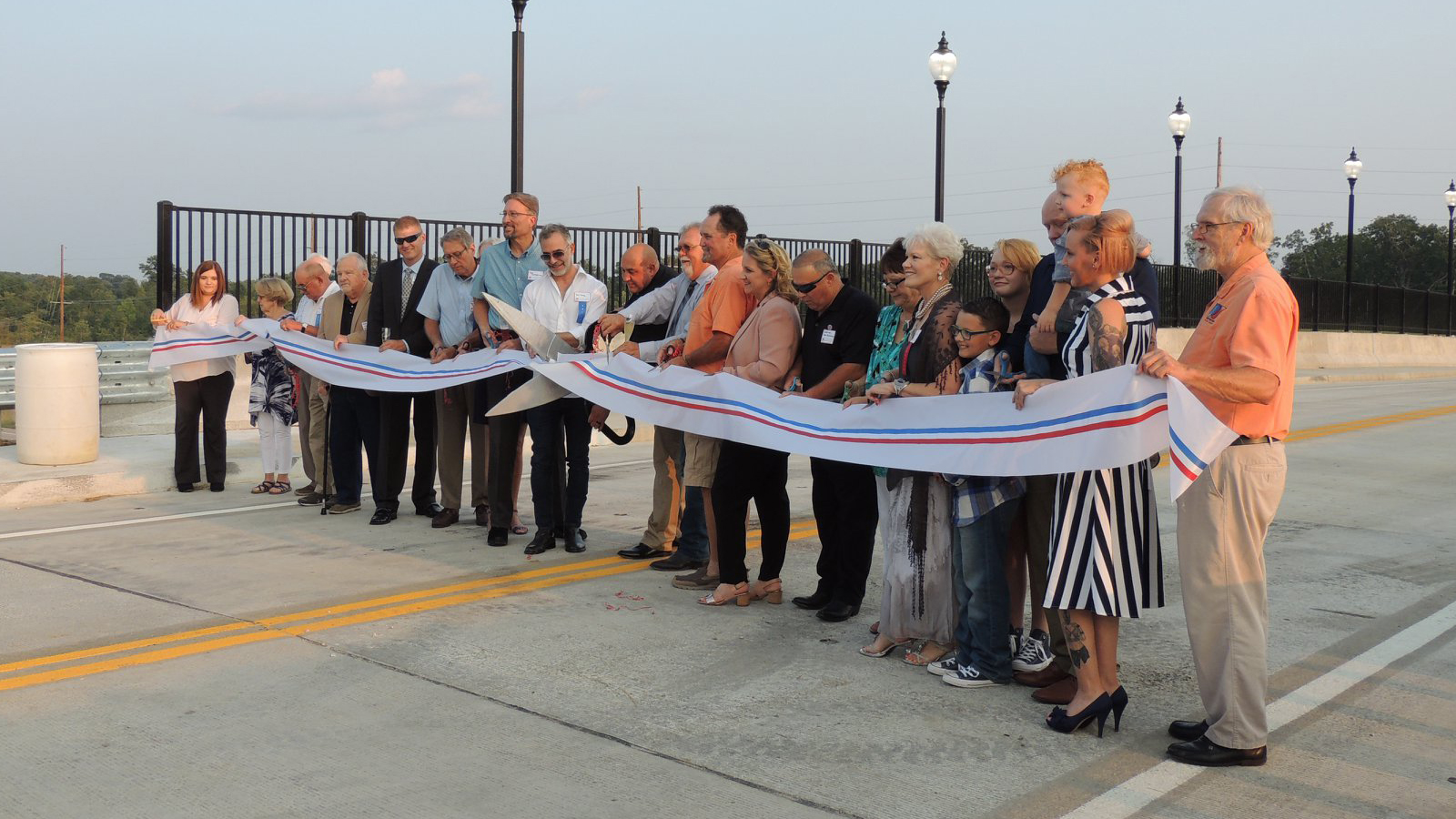 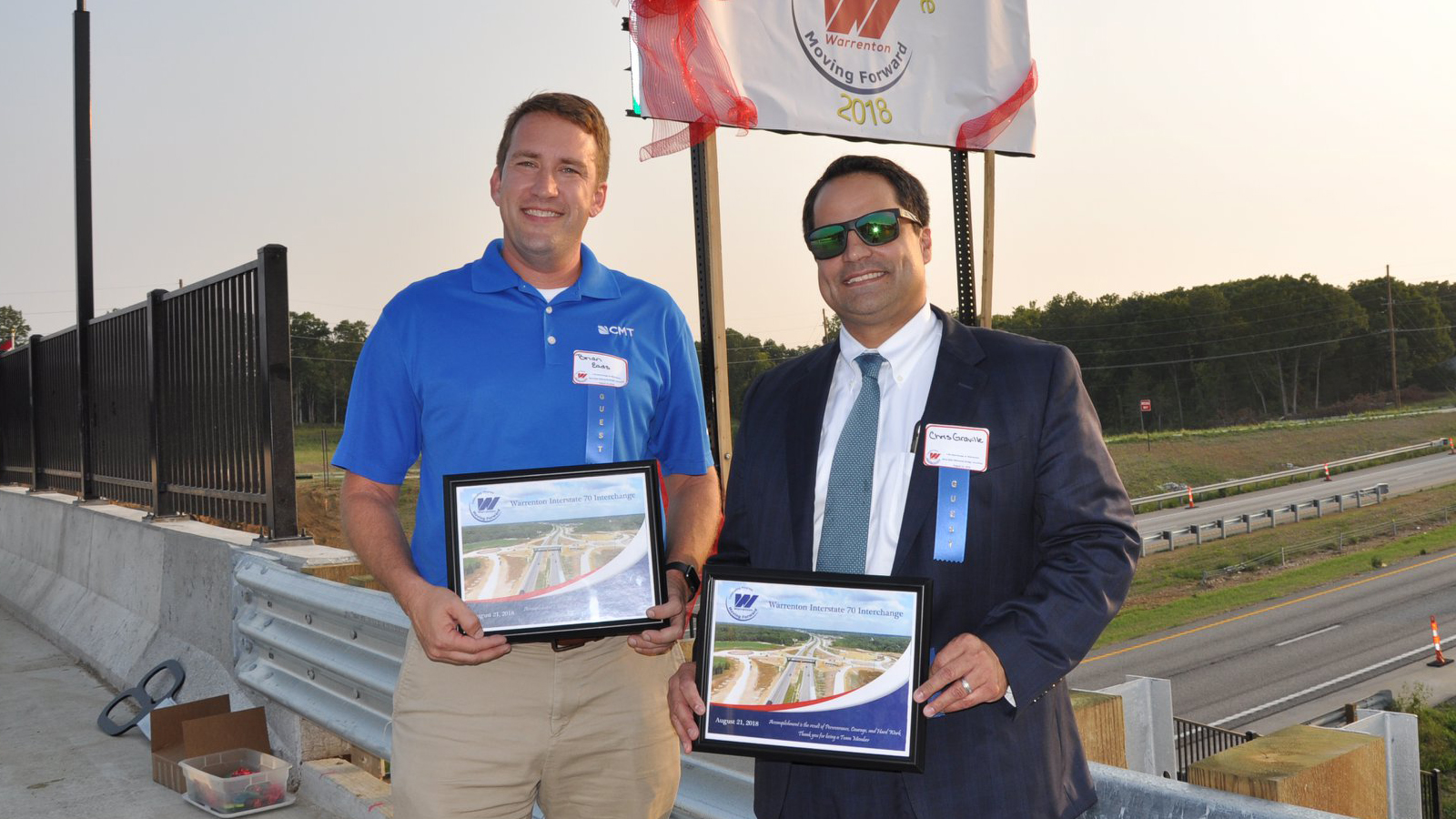 CMT’s Project Manager Brian Eads and Warrenton City Attorney Chris Graville were recognized for their efforts and hard work on this important project.

August 21st was the Ribbon Cutting for the new Interstate 70 Interchange and Jerry Dyer Memorial Bridge Unveiling just outside of Warrenton, MO.

CMT worked with City of Warrenton and MoDOT in the planning of the new interchange which lead to the approval of a new city-wide sales tax to fund the project. With funding secured, CMT collaborated with stakeholders to navigate the state and federal approval process, including National Environmental Policy Act (NEPA) approval, to design the new I-70 interchange on a very fast track 8-month schedule. CMT’s innovative interchange design uses three roundabouts to minimize cost and right-of-way impacts. The interchange was designed in a location to support economic development and improve traffic operations and safety by diverting traffic from the congested interchange of I-70 and Route 47.

Warrenton Mayor Schleuter officiated the ceremony which recognized contributors and welcomed guest. The Mayor and Board of Alderman each expressed appreciation to the contributing land owners who were the foundation of making the overpass a reality. Then, with the unveiling of the overpass bridge name, the Mayor honored the memory of former Mayor Jerry Dyer. A toast was made, and the honored guests lead the official first walk across the new Jerry Dyer Memorial Bridge. He concluded the ceremony by thanking the citizens of Warrenton for supporting this monumental task that “Moves Us Forward.” 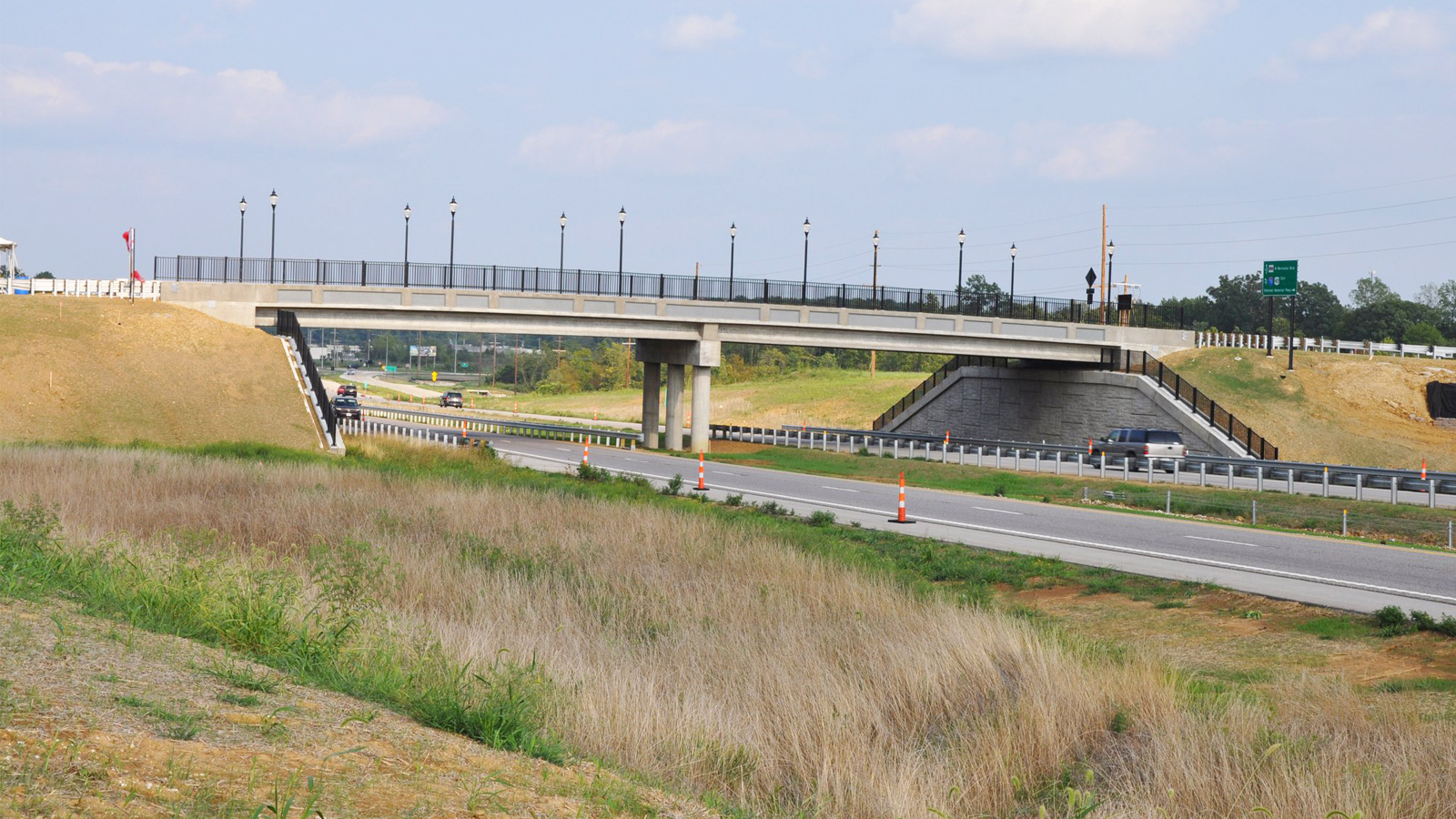 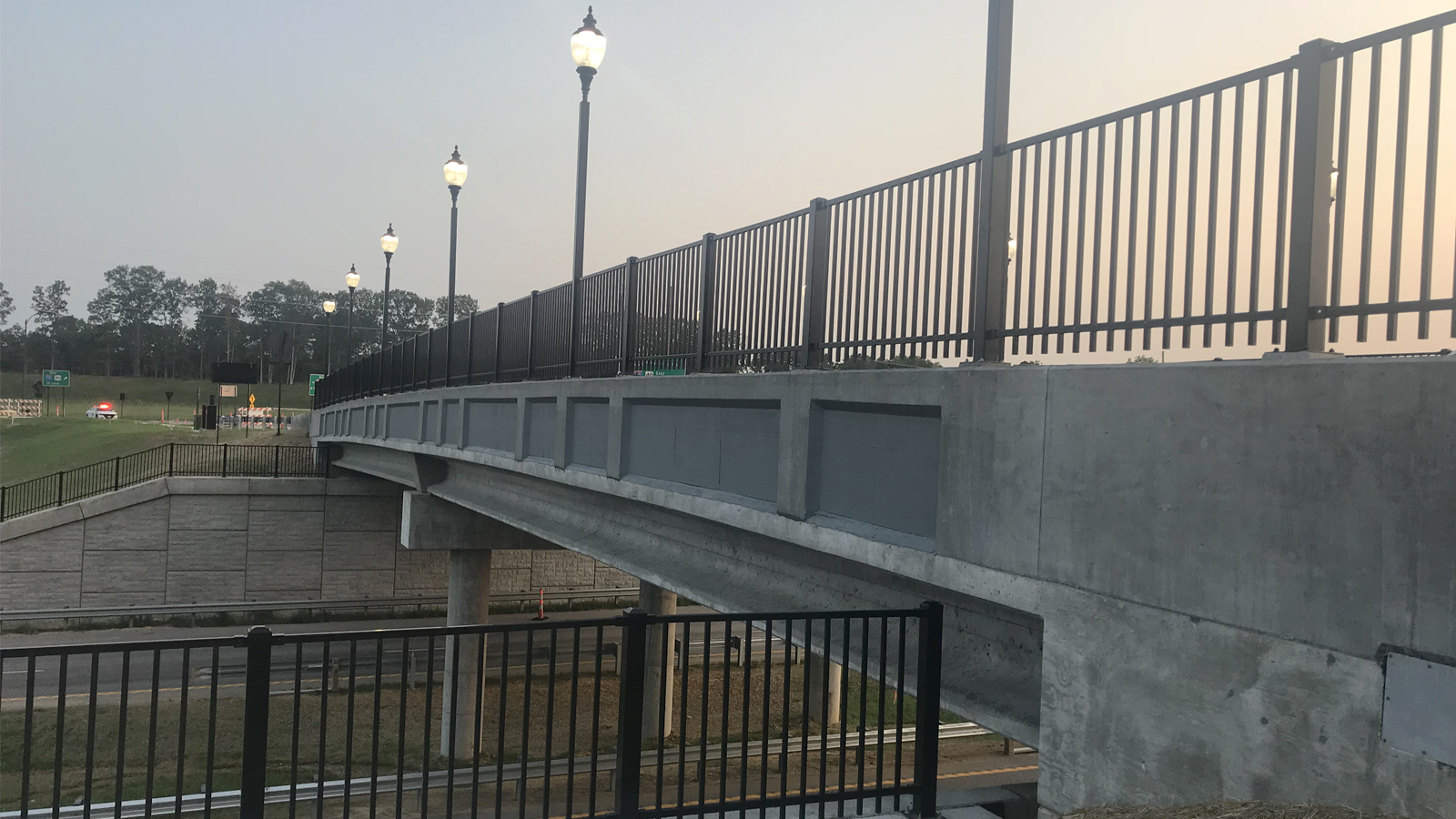 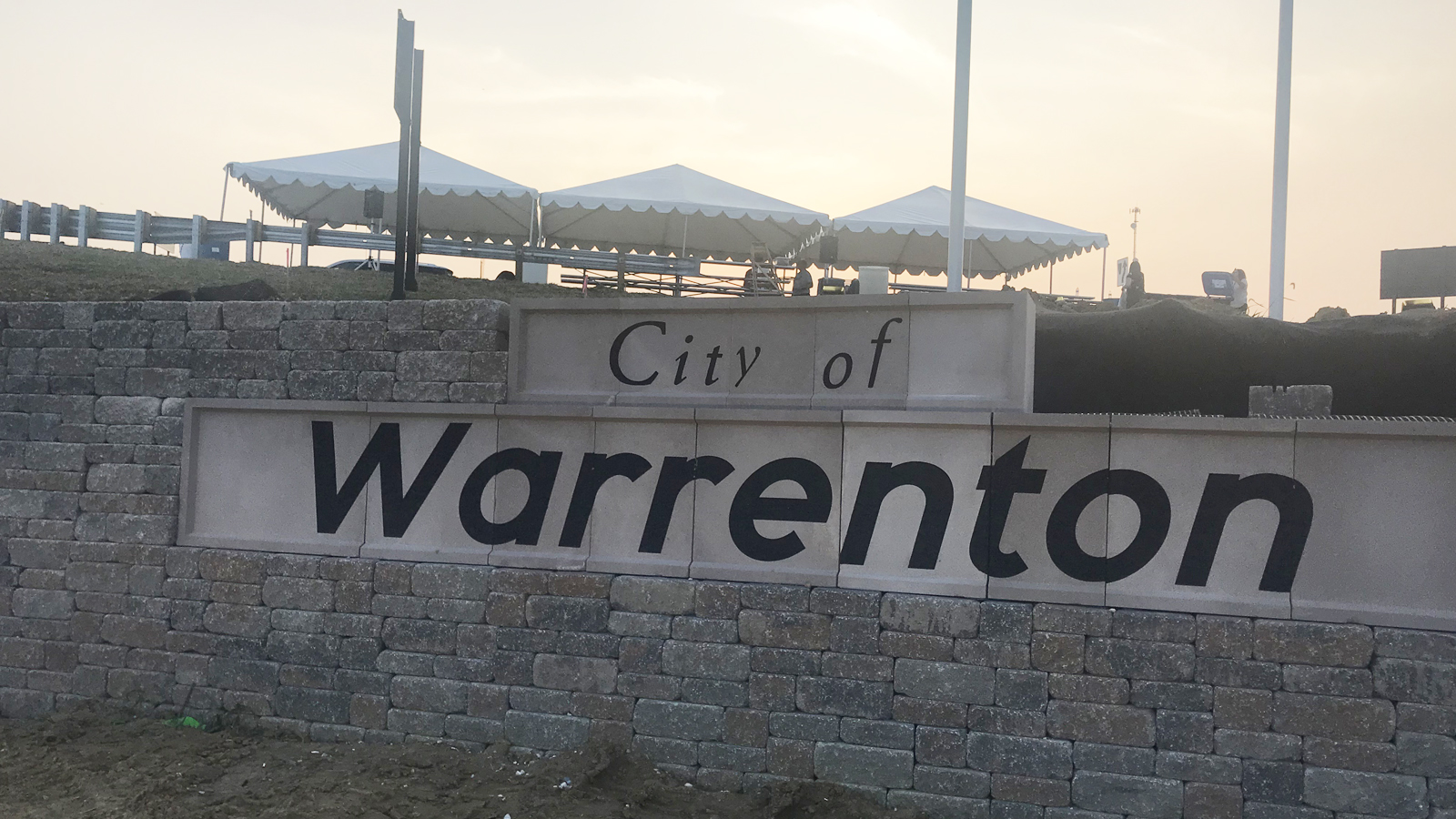 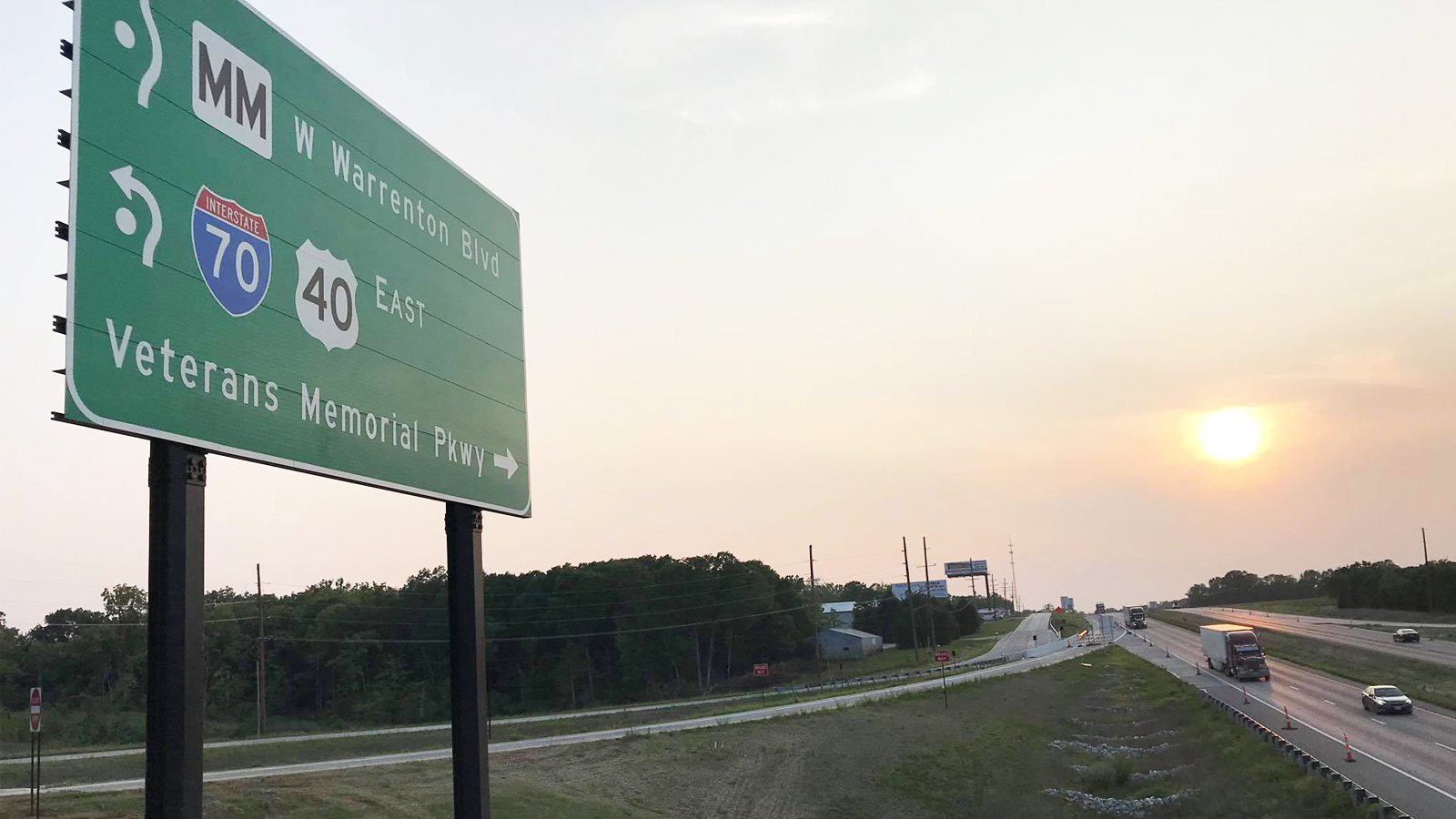 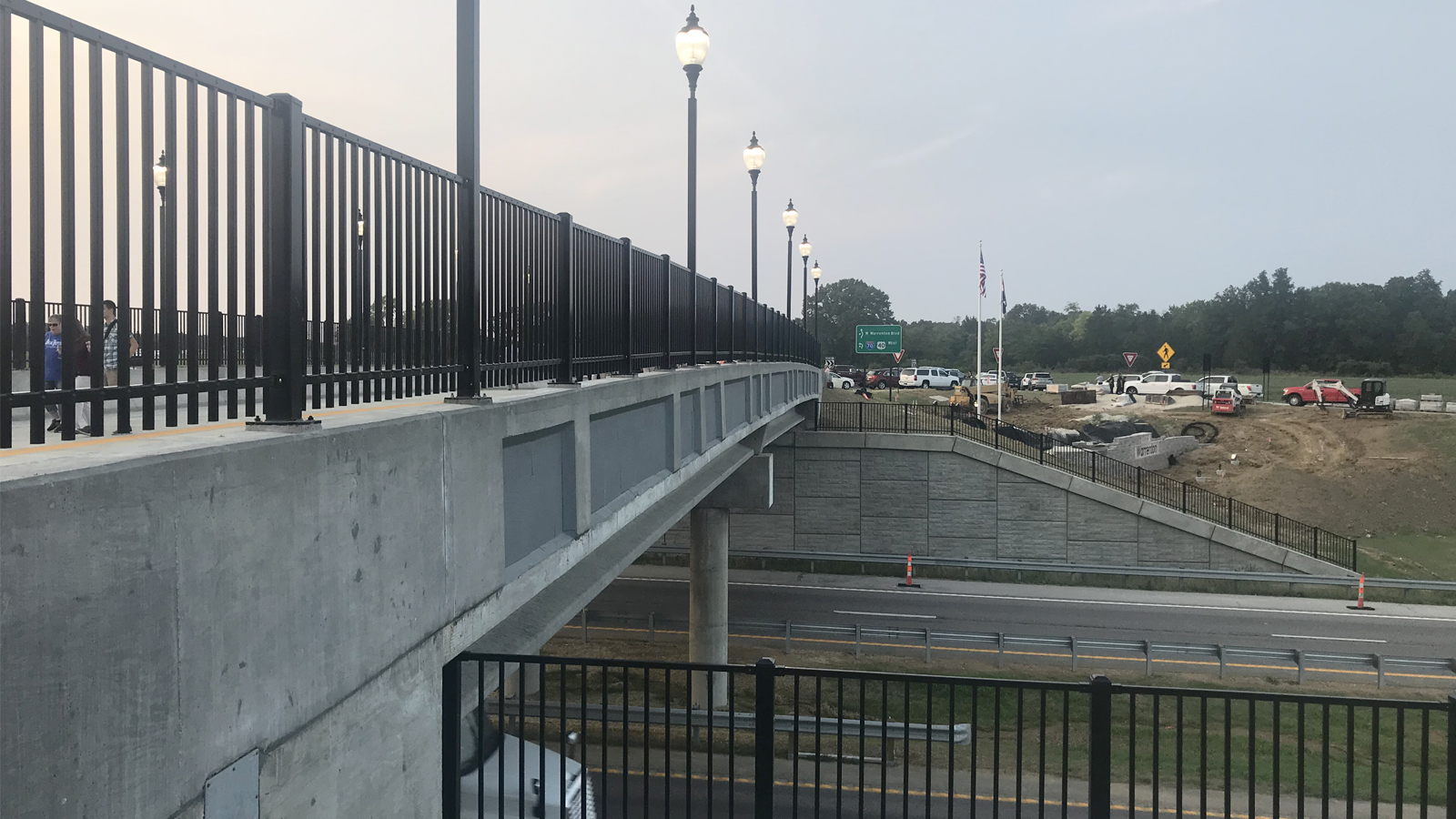 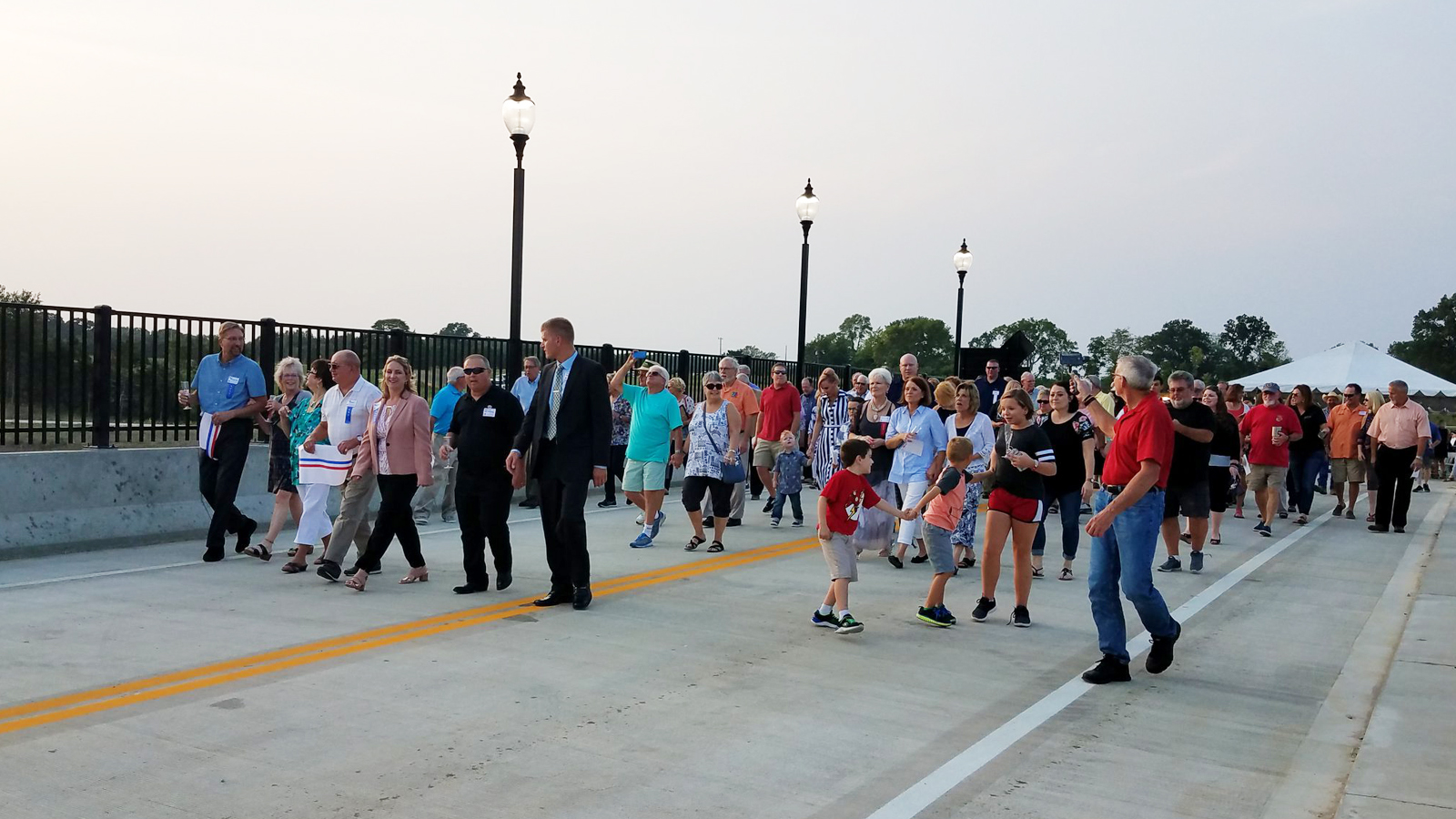