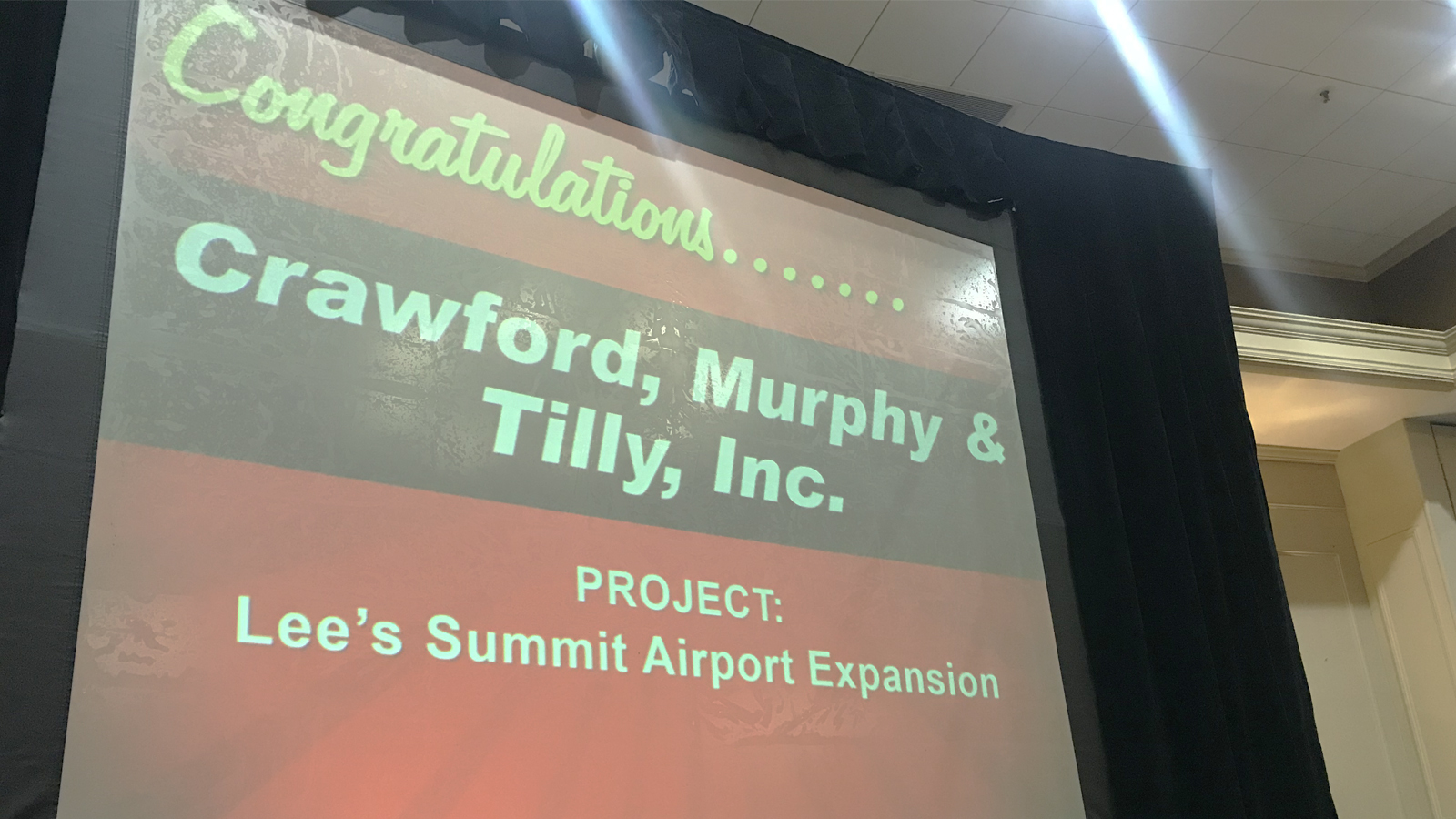 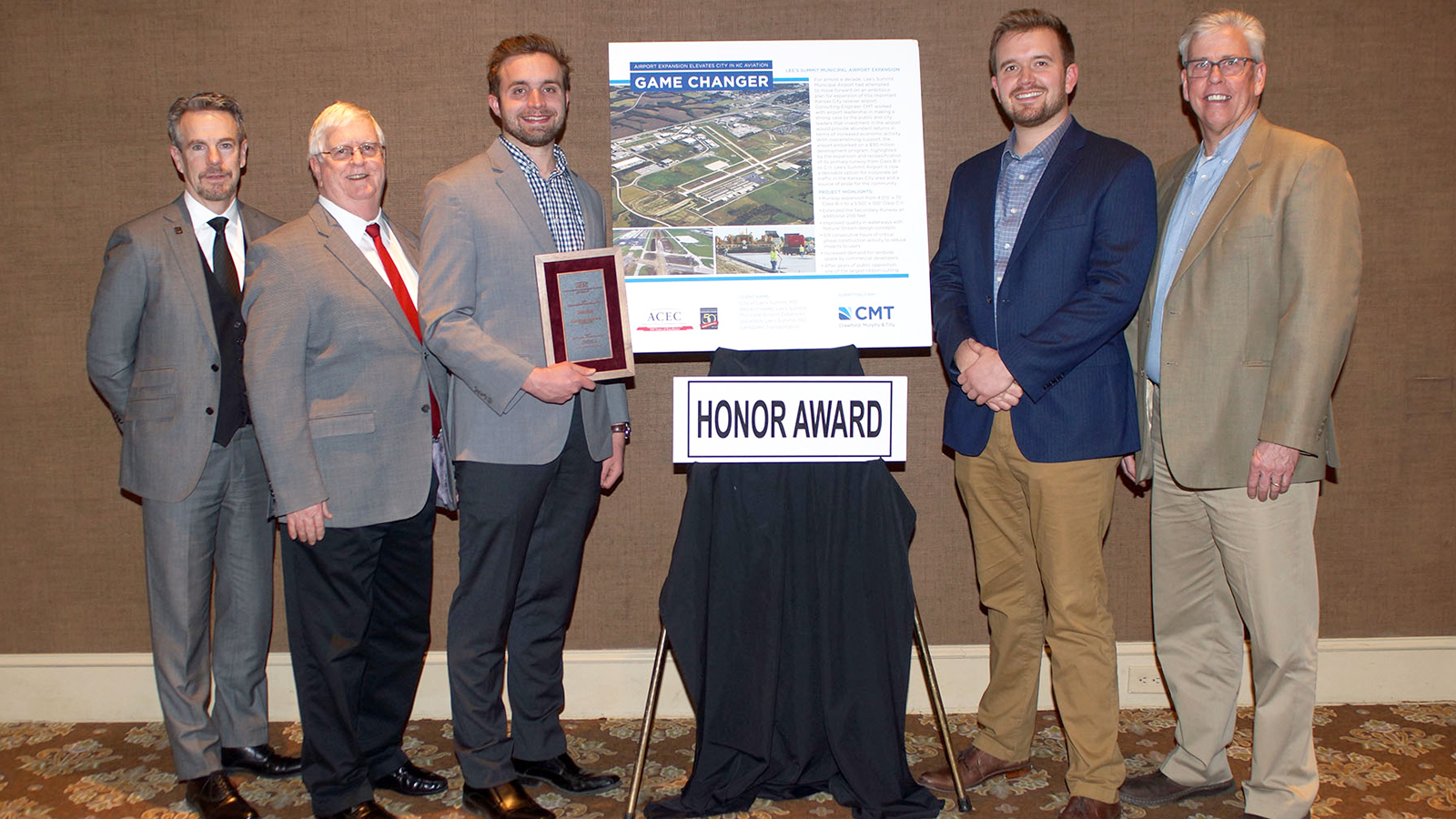 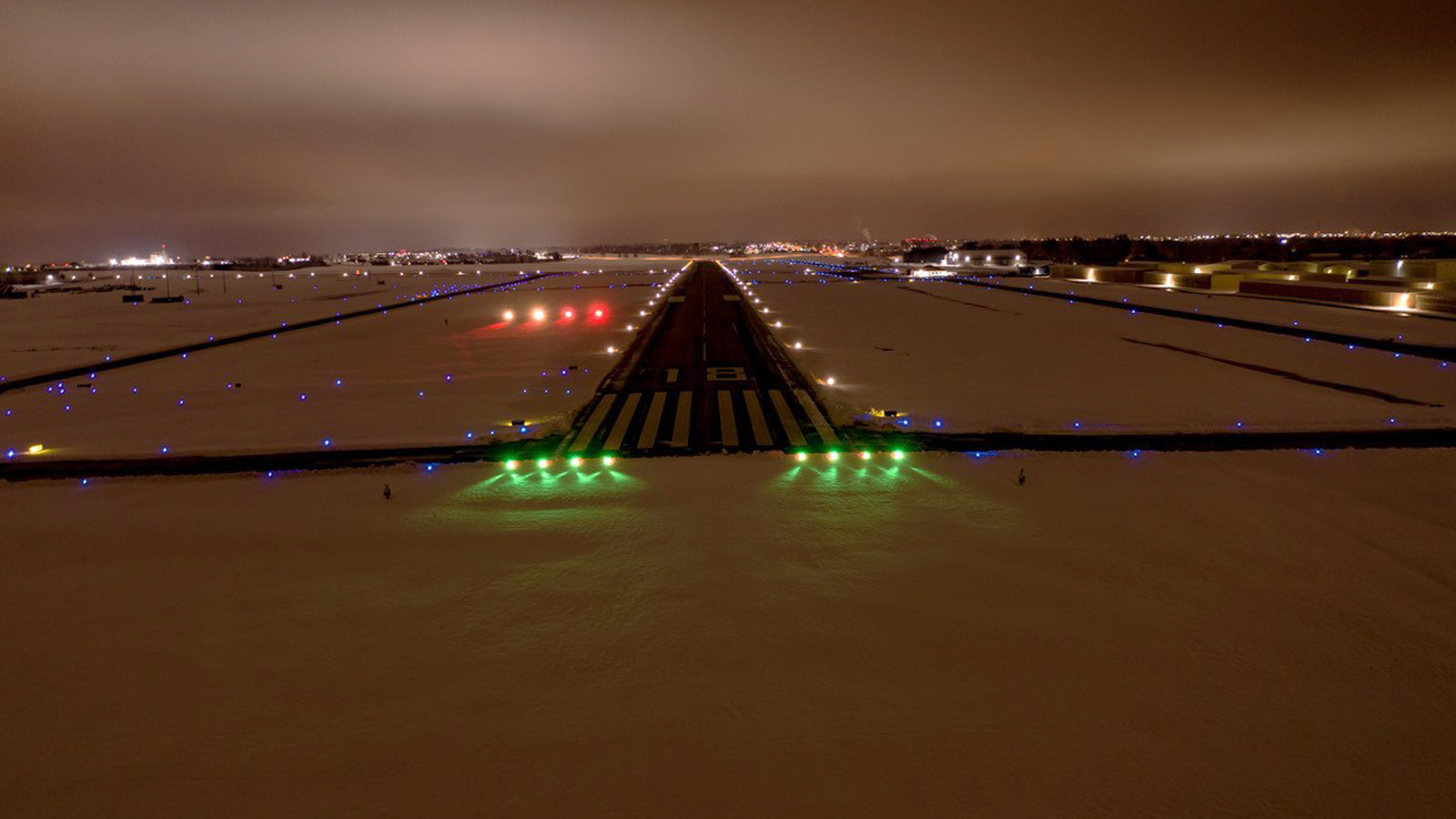 Crawford, Murphy & Tilly (CMT) and the City of Lee’s Summit, MO received an Honor Award at the 2019 Engineering Excellence Awards sponsored by the American Council of Engineering Companies of Missouri (ACEC-MO.) The award, given for improvements made to the Lee’s Summit Municipal Airport, was presented at a banquet on February 9, in Kansas City.

In 2003, CMT began working with the City of Lee’s Summit and the Federal Aviation Administration (FAA) to move forward an ambitious vision for expansion of this important Kansas City Reliever airport. A multi-year program was formulated that would not only help the airport become financially self-sufficient, but would also fill a void for business aircraft in the Kansas City Metropolitan area.

“It was a long journey and it’s really great to see the city’s commitment and vision for their airport recognized with this award,” said Ty Sander, CMT’s project manager. “The expanded runway and other improvements made at the airport are paying off for the community.”

A highlight of the $30 million program has been the expansion of the primary runway. Upgraded from a 4,015’ x 75’ Class B-II to a 5,501’ x 100’ Class C-II runway, the airport is now able to serve larger corporate aircraft. CMT is proud to serve as a partner to the City of Lee’s Summit in a wide-ranging effort to provide economic opportunities and improve quality of life within the community.