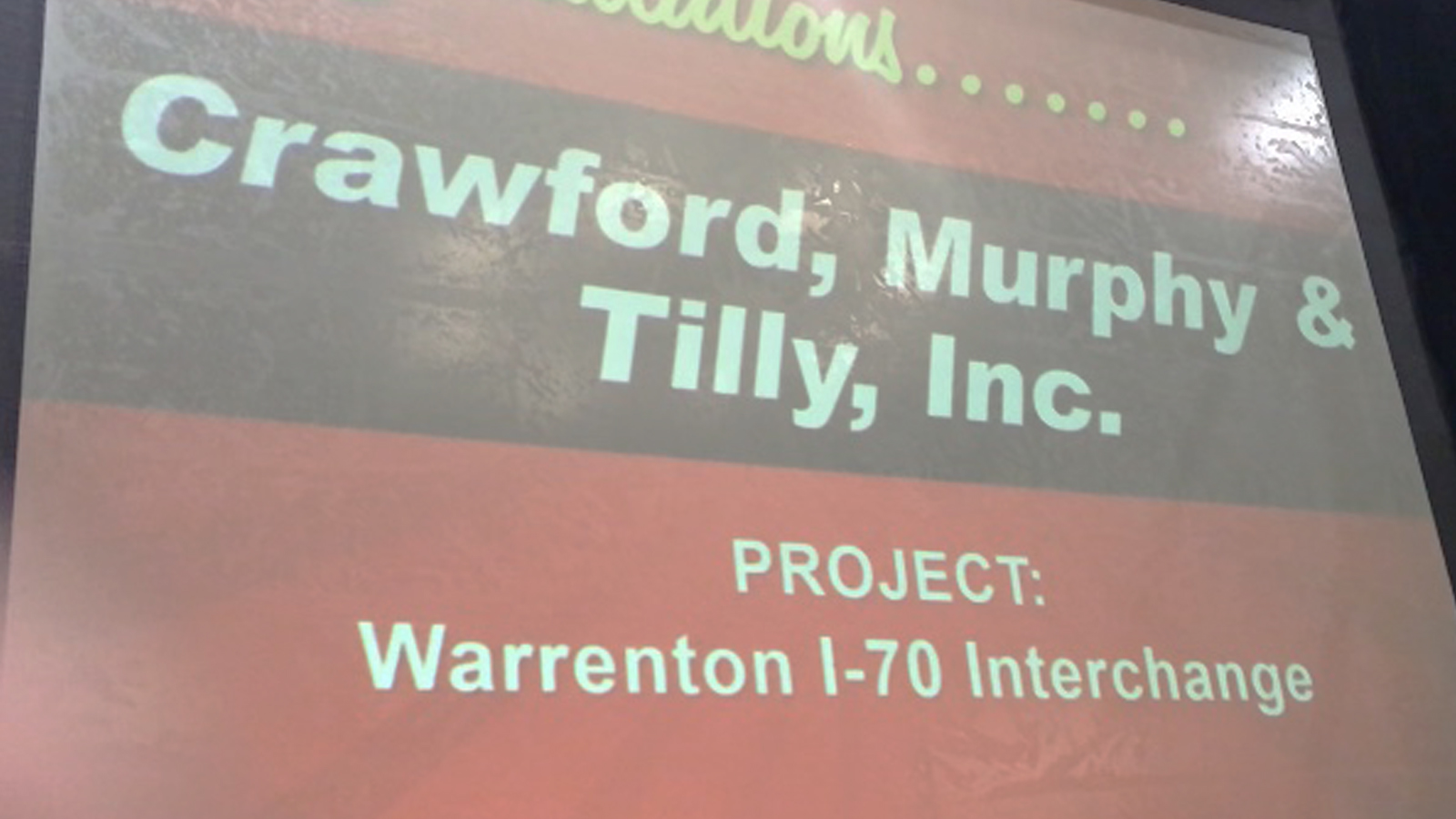 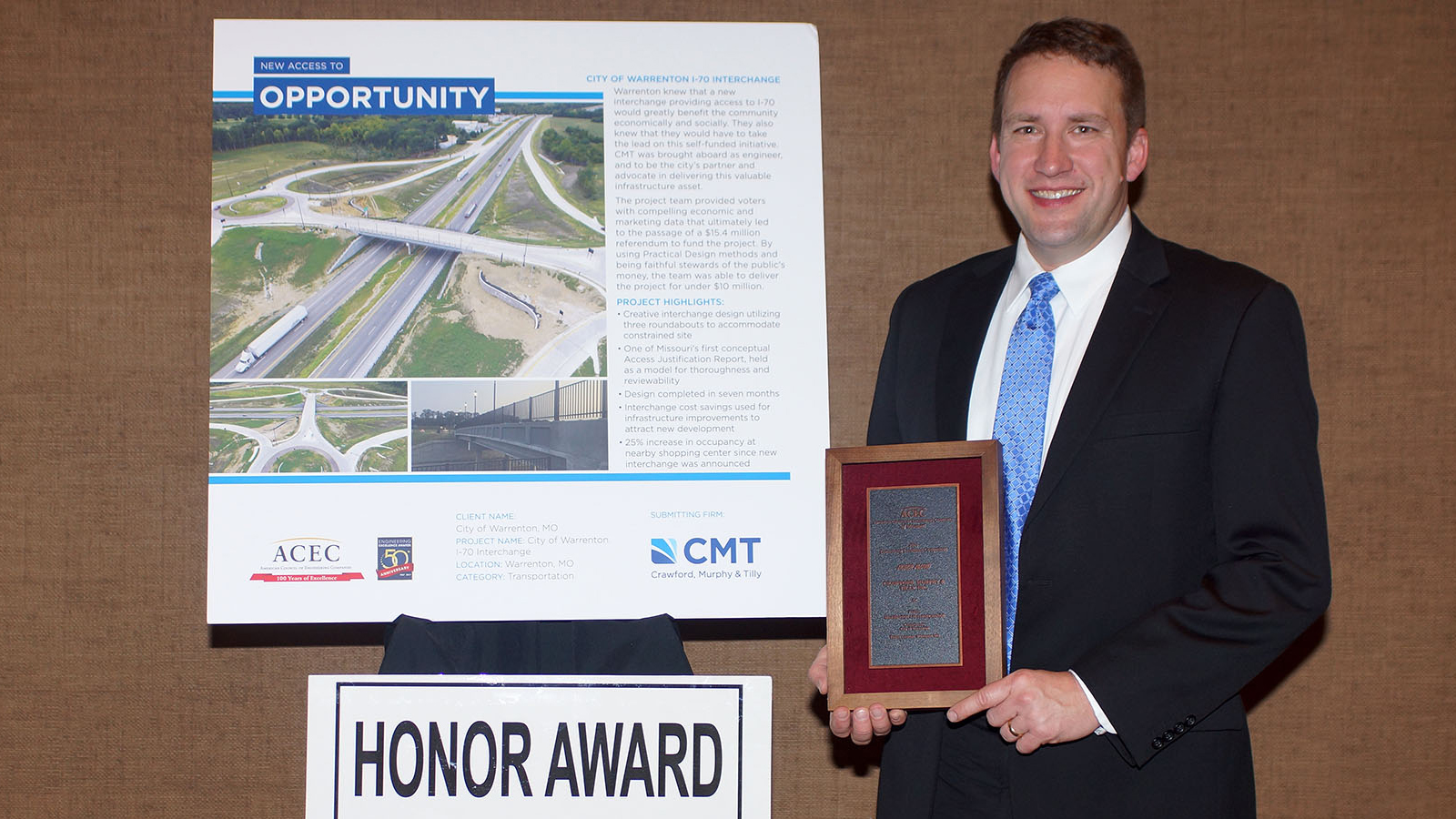 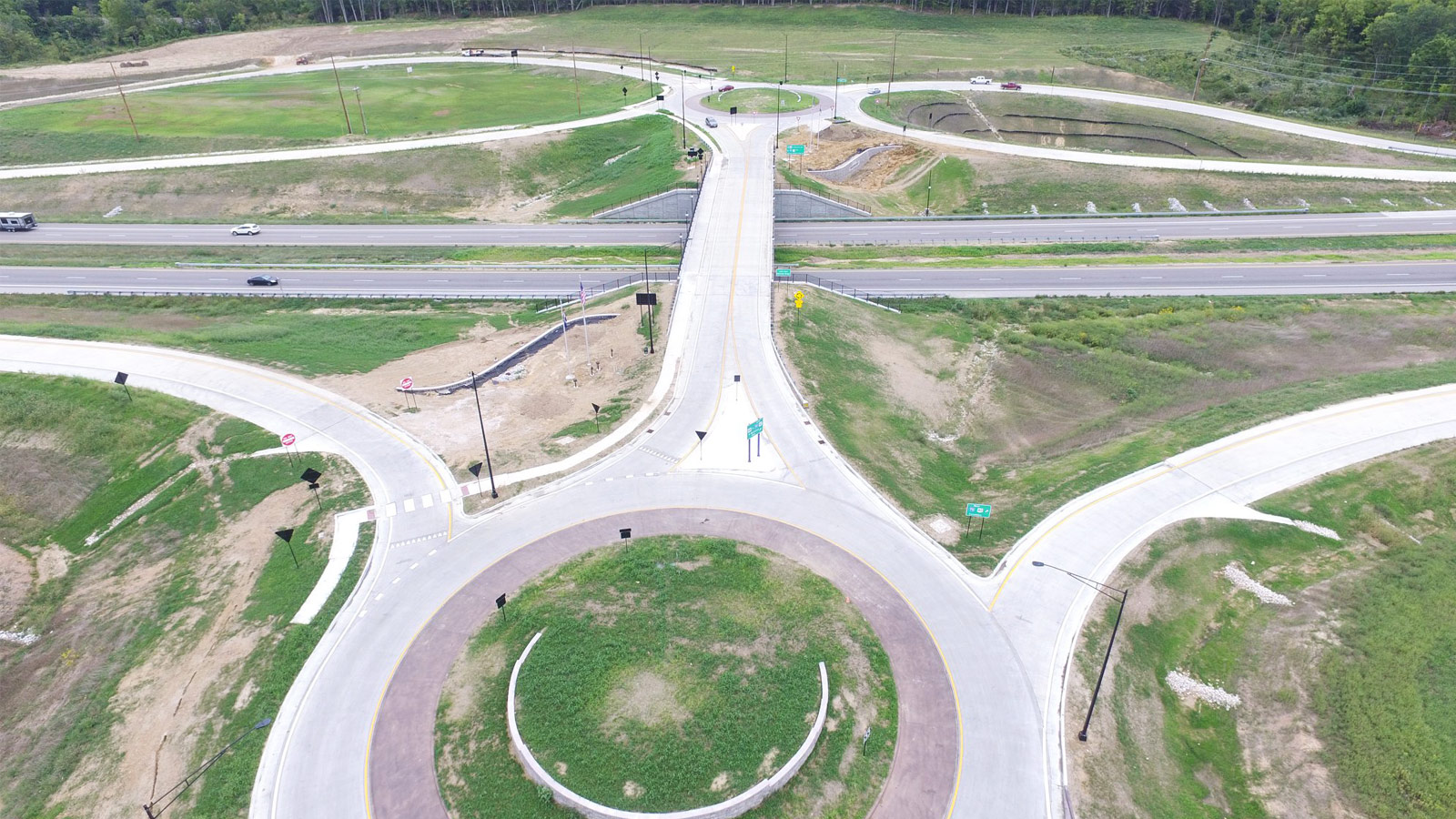 The American Council of Engineering Companies of Missouri (ACEC-MO) presented Crawford, Murphy & Tilly (CMT) with an Honor Award at their recent Engineering Excellence Awards banquet held in Kansas City on February 9. The award was given for the new Warrenton I-70 Interchange project that was constructed in the City of Warrenton, MO.

The City sought a second interchange with I-70 interchange to provide increased economic opportunities to an area of town. CMT was brought aboard as engineer and partner to the City in advocating for this valuable infrastructure improvement. CMT supported the City as it worked to pass new sales tax that generated $15.4 million for the project.

“This was a total community effort and everyone should feel proud of receiving state-wide recognition for the new interchange,” said CMT’s project manager, Brian Eads. “I’m grateful to the City of Warrenton for putting their trust in CMT to deliver such an important project.”

Through the compressed dual roundabout design and minimized right-of-way needs, the project team was able to deliver the project for under $10 million. The design team was committed to seeing the interchange open to traffic within two years of the tax passing and completed its design in just eight months. Economic benefits are already being realized as a nearby shopping center has experienced an increase in occupancy with the improved access.