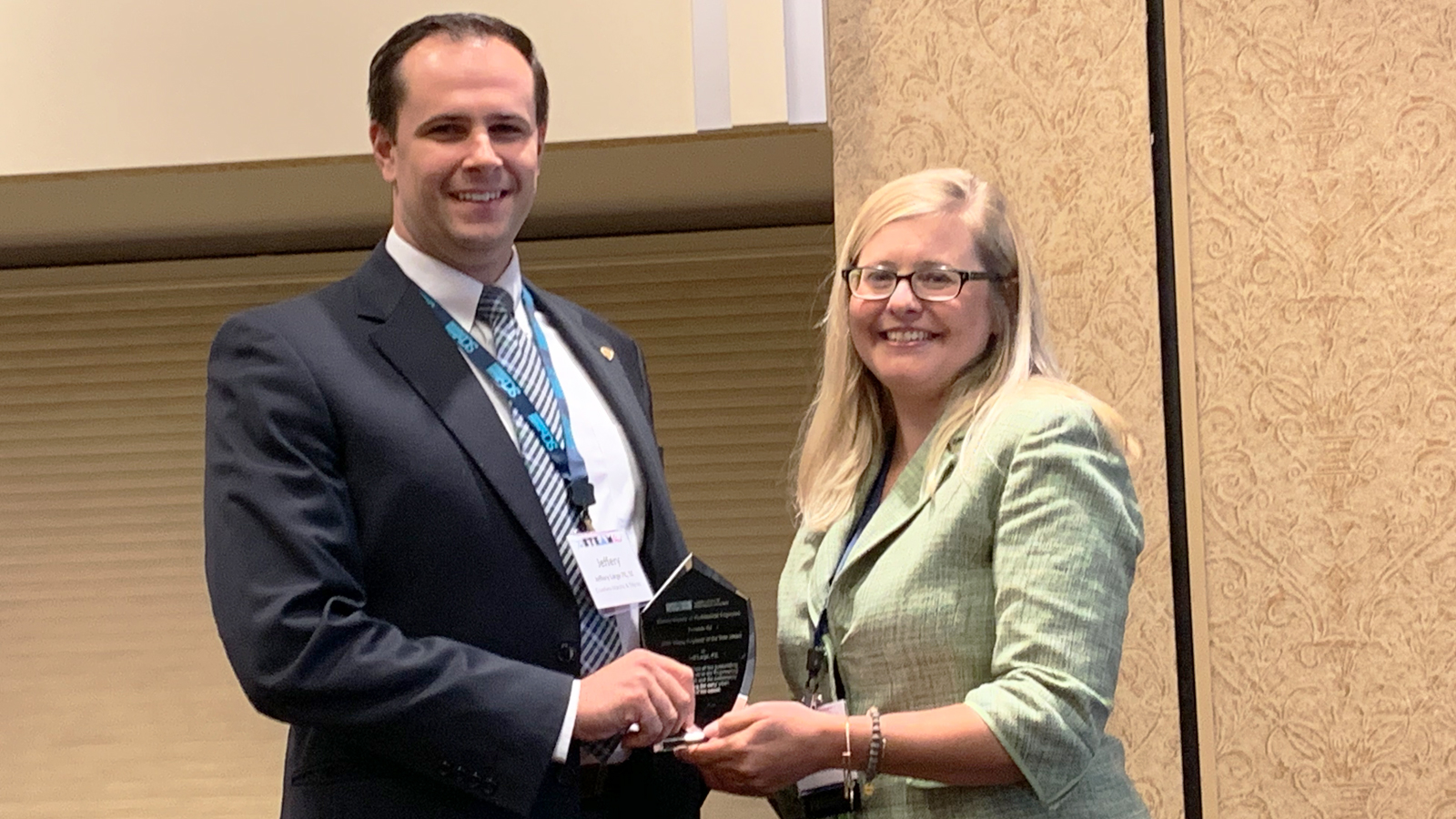 The Illinois Society of Professional Engineers (ISPE) recently named Jeff Large, PE, SE, its 2019 Young Engineer of the Year. The award is presented annually to an engineer who is 35 years of age or younger and has made outstanding contributions to the industry and community. Nominations are collected and evaluated based on collegiate achievements, professional activities, technical society activities, community and humanitarian activities, career advancement and engineering achievements. Jeff was honored at the 2019 ISPE Annual Convention held Thursday, July 25, in Naperville, IL.

Jeff joined Crawford, Murphy & Tilly (CMT) in 2006, after earning his bachelor’s degree in civil engineering from the University of Illinois Urbana-Champaign. He went on to obtain his master’s three years later. Today, he provides structural engineering services for water and wastewater facilities, while also playing an active role in business development.

“We are fortunate to have Jeff as part of the CMT Team,” says CMT President Bill Bailey, PE, SE, who was also a former ISPE Young Engineer of the Year recipient. “He helps make CMT better and does the same with every organization he volunteers to serve. He embodies the standard of excellence our company values and the type of people we seek to hire.”

Jeff is an active member of the ISPE and served as president from 2017-2018. He is currently serving as Chairman of the Illinois Engineering Initiative (IEI), formerly the ISPE Foundation. The IEI’s mission is to “Build and Retain Engineering Talent in Illinois.” He will be dedicating his time to support this mission by promoting programs such as MATHCOUNTS for junior high students and scholarships for students pursuing engineering degrees.

At the state level, Jeff has served as vice president and president. At the Capital Chapter level, he has served as E-Week chair, MATHCOUNTS chair, secretary, treasurer, vice president, and president. In addition to his industry involvement, Jeff also volunteers in the community through organizations such as the Christ the King Men’s Club, Ronald McDonald House Charities of Central Illinois and the Greater Springfield Chamber of Commerce Leadership Springfield. 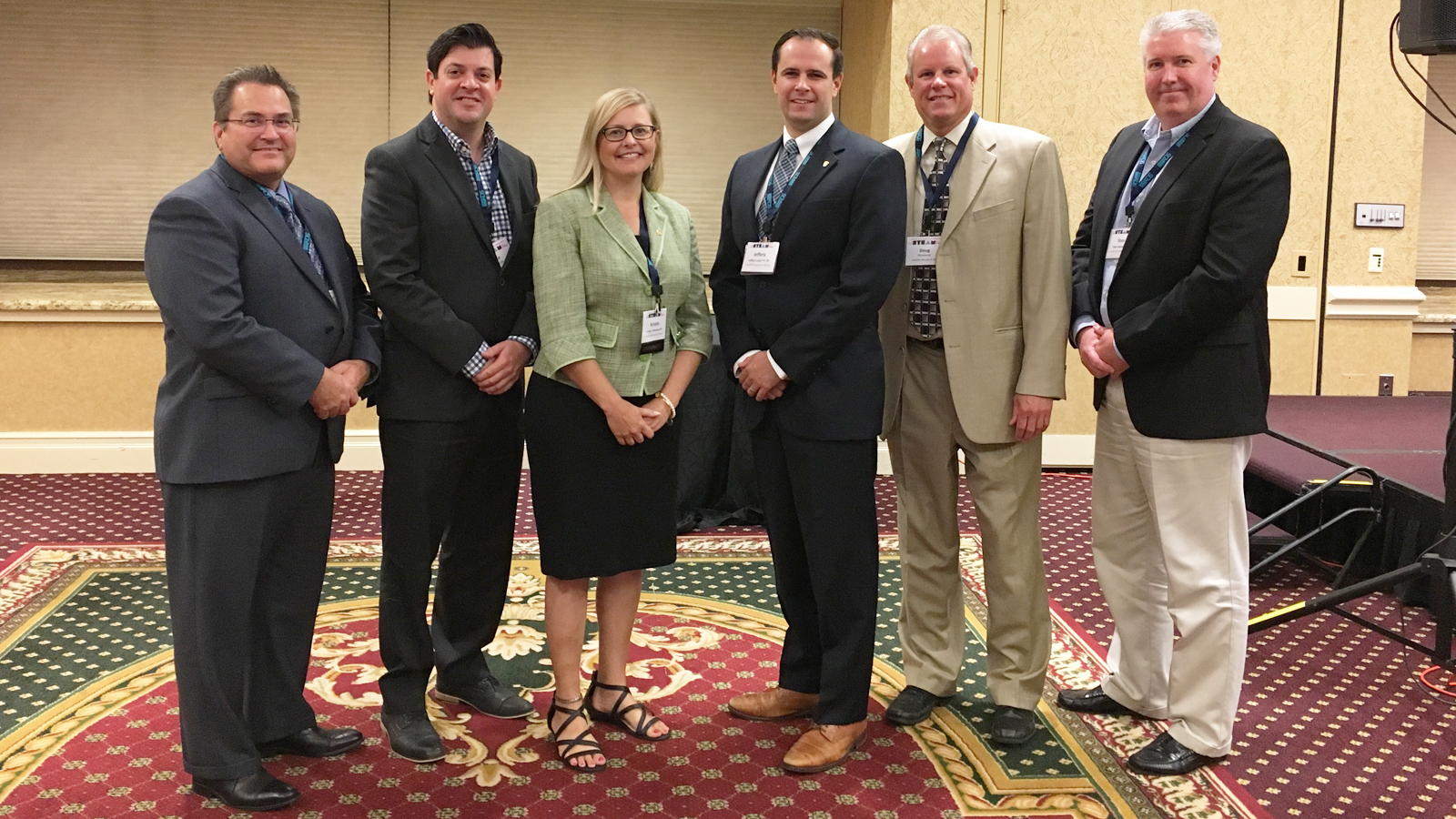 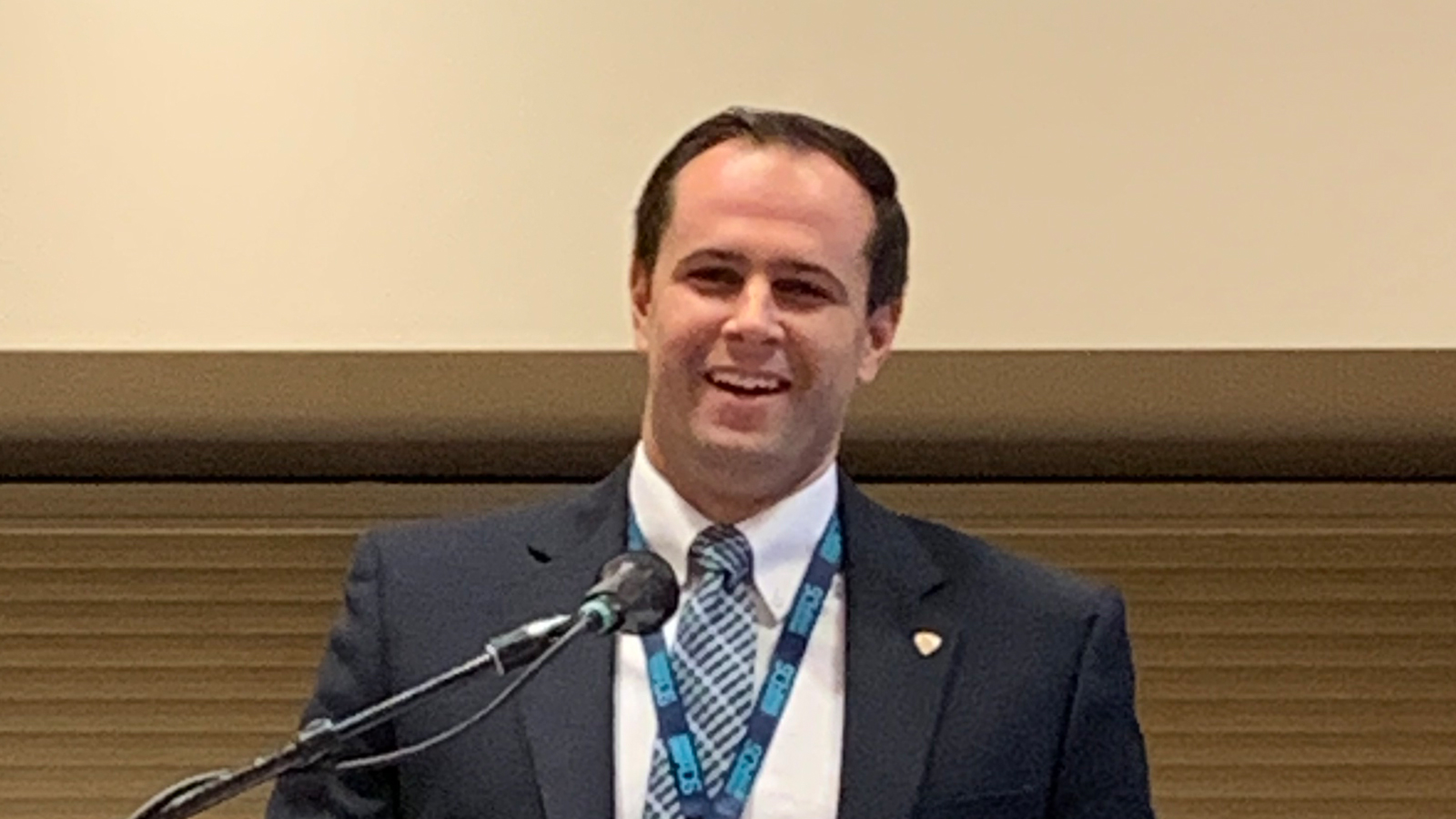