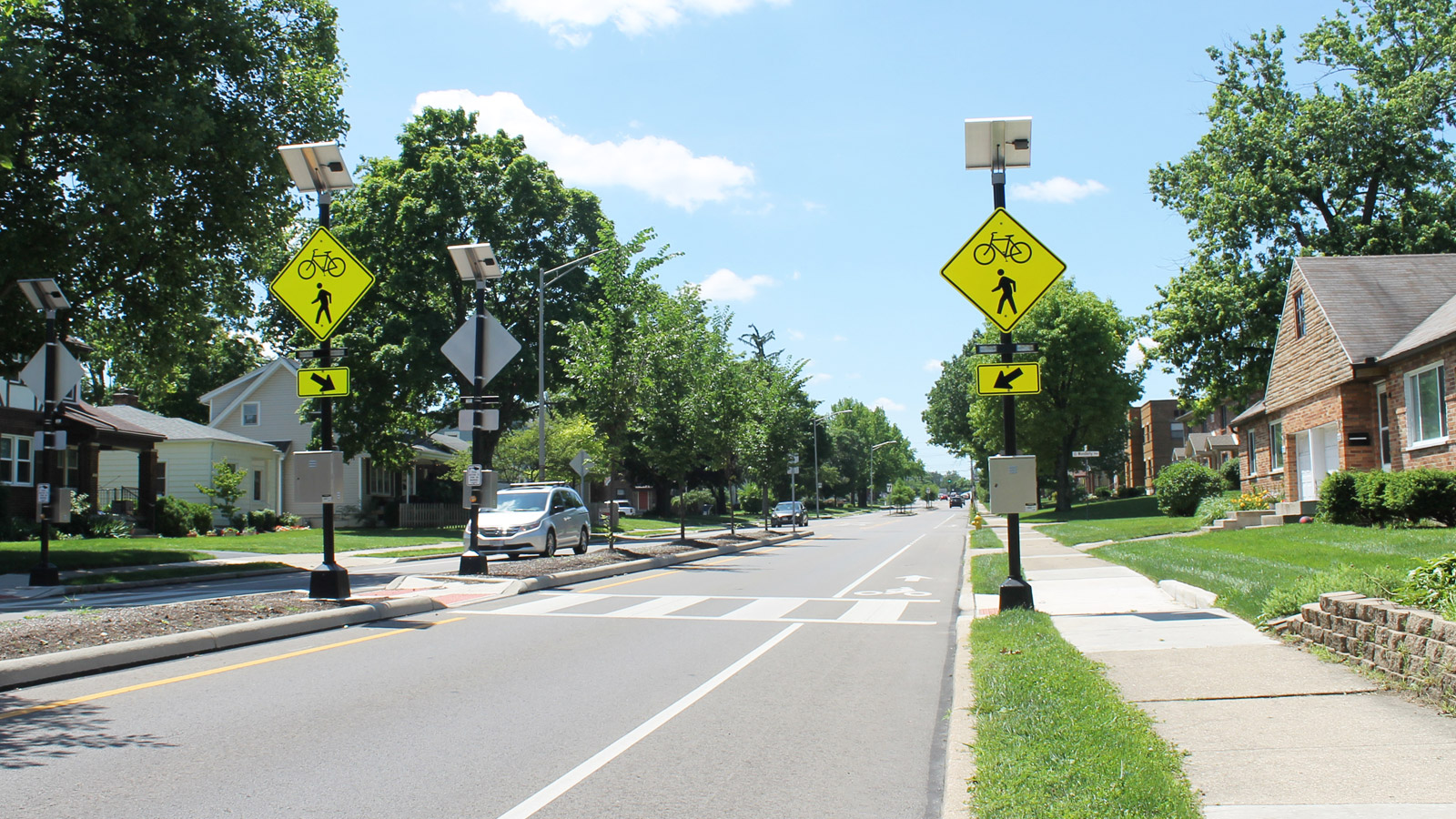 A roadway improvement project recommended by Crawford, Murphy & Tilly (CM)T in a 2016 Safety Study is paying off big for an Ohio community. The improvements made to Shroyer Road in Oakwood, OH have resulted in a decrease in accidents of almost 70 percent.

“The City of Oakwood, OH was concerned with the unsafe conditions on Shroyer and in our study we determined that a Road Diet would be the best solution for reducing accidents, while improving accessibility for pedestrians and bicyclists,” said Scott Knebel, who led the Safety Study effort for CMT. “We’re obviously very pleased with the results and believe that other communities with similar roadway conditions could benefit as well.”

The Road Diet called for reducing a one-mile stretch of Shroyer Road from two-lanes in each direction, to just one northbound and one southbound lane. This has served to decrease speeds along the roadway by an average of eight miles-per-hour, while improving safety conditions at its 16 intersections. The space gained by removing the second lanes was used to add a median and a designated left turn lane, which further improved safety, and two bike lanes for enhanced mobility.

“Representatives from the city have commented that the project did exactly what our Safety Study said it would, and they have the official crash data to back them up. For a traffic safety guy, that always makes you feel good,” Knebel said.