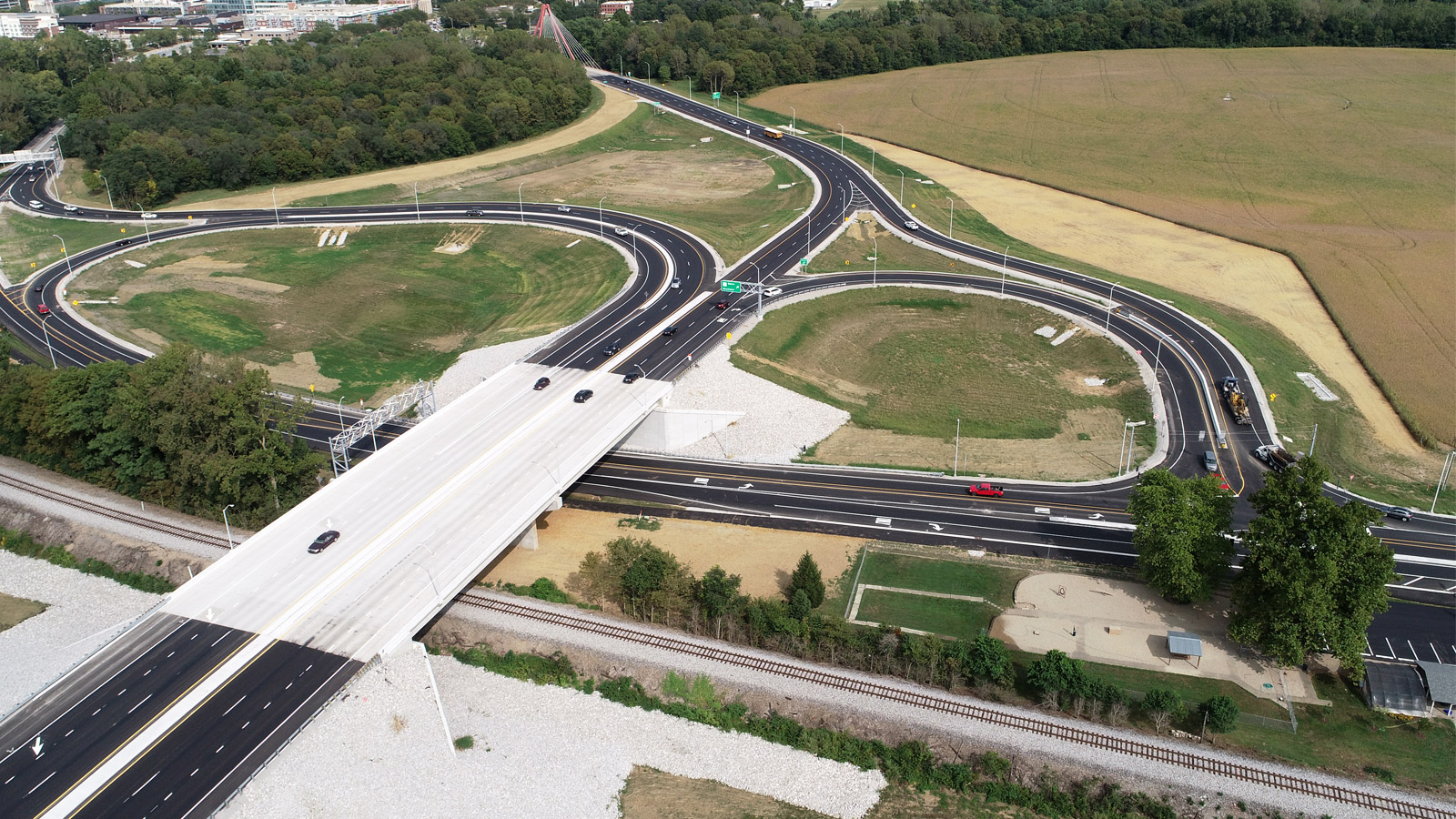 Rail traffic had long led to commuter delays and safety issues on the west side of Columbus, IN, near the SR 46 and SR11 interchange. The problem only stood to get worse when railroad representatives announced plans to increase the number and speed of trains through the area. To address the issue, which impacts a large number of people living and working in Columbus, city officials made it a priority to construct a new rail overpass at the interchange.

“This project proves that at a government state and local level, cooperation and collaboration exists, and the result is meaningful improvement in the lives of our citizens,” said Columbus Mayor Jim Lienhoop, at a ribbon cutting ceremony on September 30, 2020.

Crawford, Murphy & Tilly (CMT) provided design services and project management on the $35 million overpass. It was funded jointly through an agreement with the city, the Indiana Department of Transportation (INDOT), Bartholomew County, the Louisville and Indiana Railroad, CSX Transportation, and Cummins, Inc., a global power generation manufacturer with headquarters near the project site.

Milestone Contractors broke ground on the project in November of 2019 and work was completed in just 11 months. Tony McClellan, INDOT Seymour District Deputy Commissioner, commented that he had never seen a project of this size, which would typically take many years to complete, executed so quickly.

CMT would like to congratulate the City of Columbus, INDOT and everyone involved on the remarkable success of this project.