When the levee broke on Chouteau Island, IL, during the 2019 flood of the Mississippi River, not only did the current destroy or damage two existing water storage tanks but there was also little chance of the levee being repaired quickly. The intake has a very large service area and population, so Illinois American Water emphasized that time was of the essence to get new, reliable grit removal tanks installed.

Using a design-build approach, the GB + CMT Team developed a solution that could be constructed faster but still withstand the flooded conditions at the site: a single, cast-in-place concrete tank with an interior divider wall to function as two tanks. This design provided operational flexibility and allowed the existing tank to remain in service while the new one was built, despite space limitations at the site.

In addition to designing and constructing a robust new tank, the team also overcame several unique challenges. These included getting materials and equipment to the remote island site, scheduling around inaccessible or flood conditions, and designing the tank supports to sustain poor soil conditions and the potential for scour during river flooding. CMT is proud to have played a role in this project and thankful to ACI-IL for this distinguished award.

LEARN MORE ABOUT THIS PROJECT 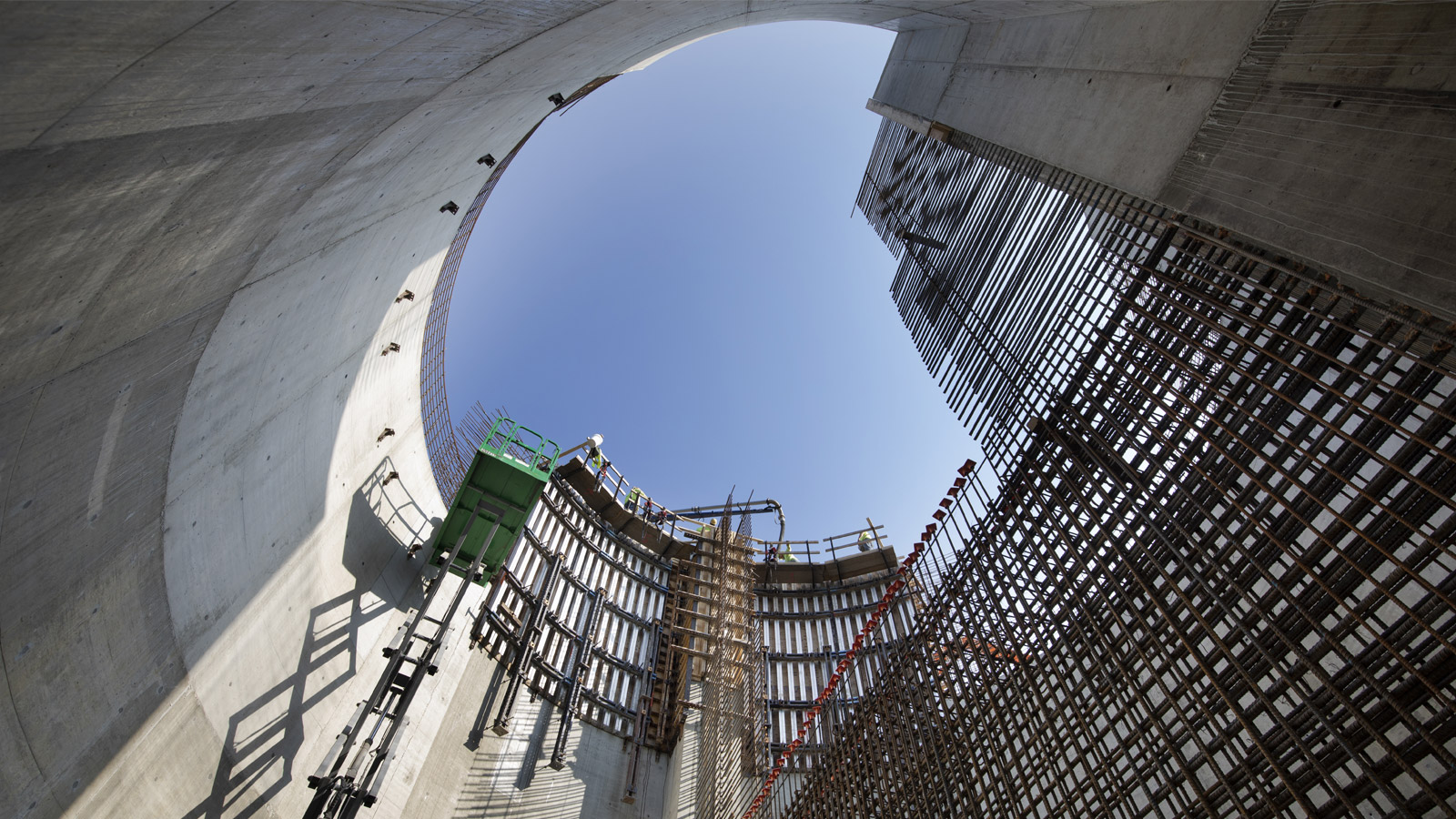