BNSF Railway | Missouri Department of Transportation (MoDOT), Multi-Modal Department & SW District
In 2017, MoDOT Multi-Modal retained CMT to perform a safety study for 29 different at-grade crossings from Republic, MO, to Aurora, MO, along 18 miles of the BNSF Cherokee Mainline Track from Milepost 248.09 To Milepost 266.78. As one of the highest-incident corridors in the State of Missouri, the CMT team was tasked with providing safety recommendations for the 29 at-grade crossings along the corridor. That included a proactive community engagement process that covered three counties, four special road districts, and four different municipal agencies. The study was one of the first performed by MoDOT and has now become the model for determining safety benefits for high-accident corridors throughout the state. It has also been lauded by Federal Highway Administration (FHWA), Federal Railroad Administration (FRA), and BNSF as a national model for community-driven rail safety planning.

The study approach was centered on a robust analytical approach toward alternative development that provided MoDOT and the BNSF with the highest potential safety return on investment. CMT developed the exposure index model and crash prediction model to provide the department with analytical data that supported the recommended safety improvement alternatives and prioritized improvement within the corridor. A combination of the analytical data and public feedback was utilized to develop a master plan for capital improvements along the entire corridor.

This project was awarded $5.2 million by the US DOT and FRA as part of the Consolidated Rail Infrastructure and Safety Improvements (CRISI) grant program. CMT provided the grant administration assistance that led to receiving funding for the project.

The rationale and data you compiled and presented were fantastic. We are going to save lives along this corridor, and in no small part, due to your efforts.
S. Chris Brownell 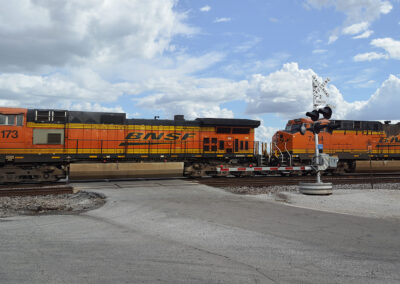 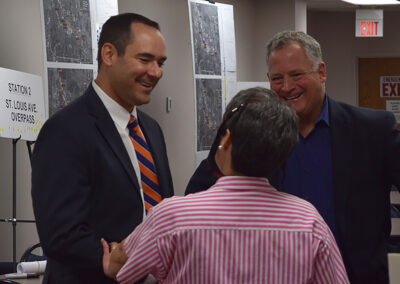 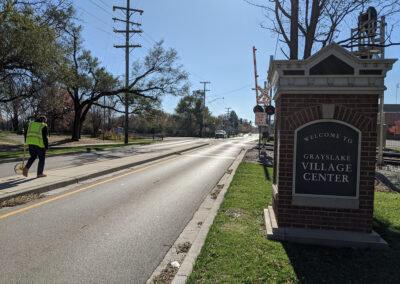