Since 2001, Crawford, Murphy & Tilly (CMT) has played an integral role in the major expansion of O’Hare, from conceptual planning to design/construction, in association with the $7.5 billion O’Hare Modernization Program. The goal of the program is to increase capacity by 60 percent and reduce delays by 80 percent. CMT has been able to contribute at both planning and engineering levels to help this major airport better serve its stakeholders and the flying public.

CMT’s airfield experts led design efforts in all aspects of airfield engineering for the $250 million Runway 10R-28L project including grading, geometry, paving, signage, utilities, airspace issues, FAA coordination and QA/QC for electrical and NAVAIDS. This new, southern-most parallel runway is 7,500 x 150-feet and includes parallel and connecting taxiways, plus a Category II/III instrument landing system. Our team also led design efforts on the construction of Taxiway ZS, which is part of the Runway 10R-28L design package.

This project included leading design services and construction phase services for the relocation of the existing fixed base operator (FBO), which is an enabling project for the construction of Runway 9C-27C. It includes 52,000 square yards of new apron and associated taxiway construction, as well as a variety of site related improvements.

CMT provided design for the new Taxiway Zulu (Z), which creates a new route for aircraft to taxi to the terminal and cargo areas from the airport’s northern-most runway, Runway 9L-27R. Taxiway Z is approximately 4,500 x 75-feet. The project also included design of a new road that accommodates access for 10,000 employees.

Our relationship with the airport began with our selection by the FAA as lead consultant for the development of the Environmental Impact Study (EIS) for the Modernization Program (OMP). We studied numerous environmental effects of this massive project including air quality, noise, wetlands, surface transportation, environmental justice, impacts to four historic sites-including two historic cemeteries, park impacts and other critical, socioeconomic issues. 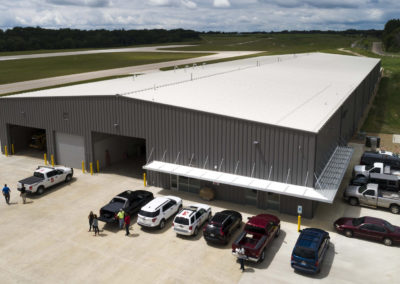 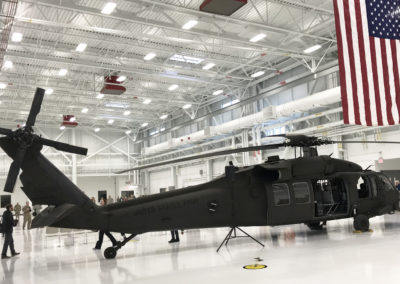 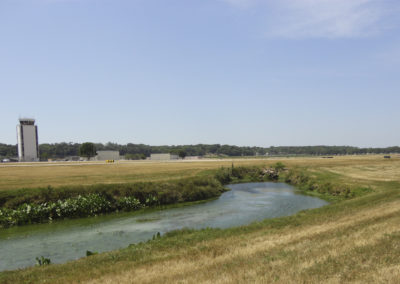