What began as a simple redesign for the intersection of SR 212 (Beach Boulevard) and SR 115 in Jacksonville, FL evolved into something much more for the Florida Department of Transportation (FDOT). A history of serious rear-end crashes along this busy corridor, that serves both commercial and residential traffic, led the designers to explore FHWA’s Innovative Intersection manual for a safer and more efficient solution. The result, when construction is completed in 2021, will be the first Median U-Turn Intersection (MUT) in FDOT’s District 2, and one of the first in the state. CMT is serving as the project manager and lead designer for the $6.5 million improvement.

Based on the limited right of way, maintaining vehicle tracking provided a challenge. FDOT’s main design vehicle is a semi-truck (WB-62FL), so the horizontal alignment had to include all the vehicle turning movements. This led to some redesign of the original concept to allow additional space for the semi-truck over tracking.

The widening of the roadway to accommodate the MUT turns required that an existing wet pond be reduced in size. A solution was developed that allowed increased flow to a new dry pond, allowing the wet pond to be reduced without the need for costly sheet pile walls. An agreement with the City of Jacksonville called for the replacement of the existing 5-ft. bike lanes with a 10-ft. wide multi-use path. Limited right-of-way and challenging elevations required that the path varies in width at points along the corridor.

The CMT team leading this effort was awarded the contract based on their vast experience in designing intersections in urban areas that improve safety and ease congestion. 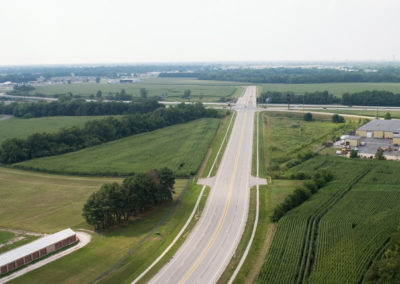 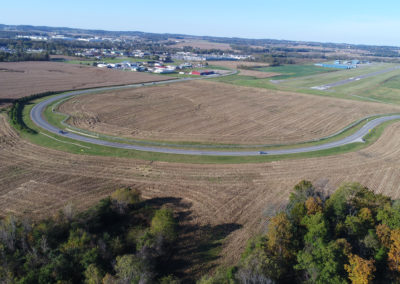 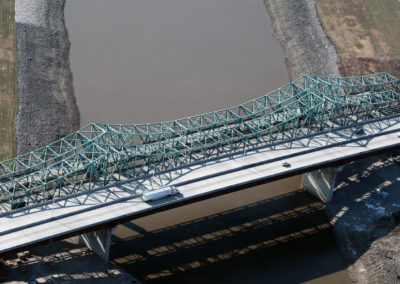