Getting Student Housing Ready on an Aggressive Schedule

Southern Illinois University at Edwardsville’s largest privately-owned student housing complex, a $20 million 120-unit development, broke ground in September 2011 with Crawford, Murphy & Tilly (CMT) as the civil site engineer. The 32-acre subdivision, known as the Enclave, is the first multi-unit housing development in Edwardsville to provide students an option for off-campus living. The complex houses up to 352 students and is located less than two miles from campus, with convenient access to bike trails and shuttle buses. Amenities include a pool, game room, computer lab and fitness center.

CMT was contacted in March 2011 and presented with a concept that needed to be under permit and ready for construction by August of that year so that it could be ready for use by the fall 2012 semester. This aggressive schedule meant that a ten-lot subdivision, complete civil site construction plans and all site permits with the city, IDOT and IEPA had to be ready for construction in less than five months. The challenging site included 150,000 cubic yards of earthwork on terrain with up to 40-foot fills, two stormwater detention basins, retaining walls, U.S. Army Corps of Engineers 404 permit, and IDOT utility and access permits. CMT provided design, limited surveying, permitting, construction coordination, record drawings and final plat. 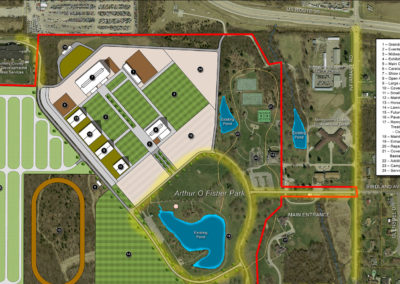 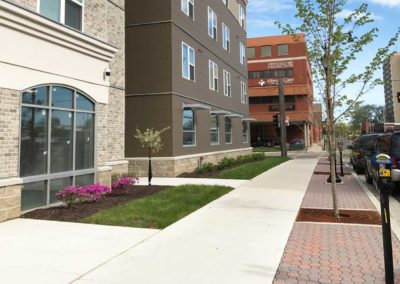 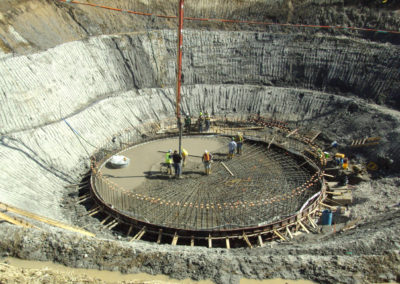