A New Hub on a Fast-Track

Crawford, Murphy & Tilly (CMT) has been the consultant of choice since the early 1980s at the Greater Rockford Airport. Over the years, CMT has assisted the airport in its evolution as a supplemental airport to the Chicago region and as an air cargo hub. Chicago- Rockford (RFD) is currently the 18th busiest air cargo airport in the United States. The selection of Rockford by UPS as the site for its new regional hub was an opportunity for CMT aviation staff to demonstrate their ability to manage major development challenges.

From the initial announcement to the first delivery, it took just 10 months for CMT to ensure transformation of 90 undeveloped acres into a major United Parcel Service (UPS) air hub and package sorting facility at the Greater Rockford Airport. This process was completed in less than one-third the time traditionally allotted for such extensive work.

Even with dedicated commitments, there were setbacks. Design was 25 percent complete when UPS elected to build a new facility at a different location, rather than modify an existing industrial building at the airport. Despite the site change and rigorous regulatory and construction coordination requirements, the project was completed in time for the first aircraft touchdown to meet the Christmas rush.

After a lengthy recruitment process and following an extremely tight design and construction schedule, UPS began service just ten months after construction/ design engineering began. The phrase, “We can’t move Christmas” became the battle cry, as the project members worked together to enable UPS to be ready to handle their peak year volumes between October and late December. 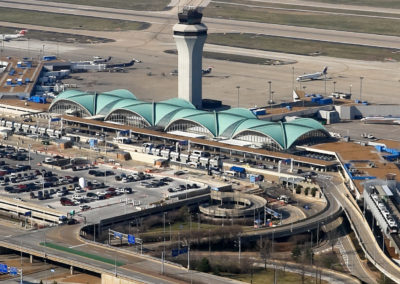 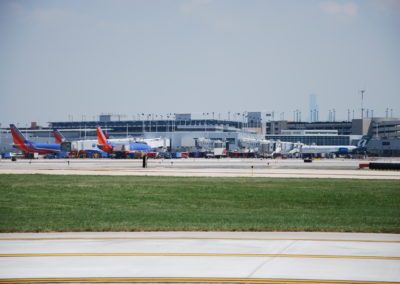 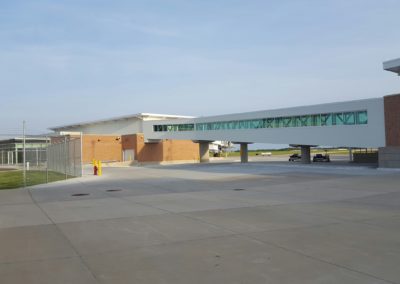