A Multi-Year Partnership with a Recent Runway Reconstruction

Chicago Executive Airport is the fourth busiest airport in the Chicago region; a 411-acre regional facility that is a major economic driver for the City of Prospect Heights, the Village of Wheeling and the Chicago metro area. The airport is a success story, both in the aviation industry and for the people it serves. It’s also a story that Crawford, Murphy & Tilly (CMT) has been fortunate to be a part of as a significant team member. The partnership between CMT and the Chicago Executive Airport is one built on trust and performance since 1999.

In 2005, Runway 12/30 underwent a significant reconstruction to address FAA Standard concerns as well as provide the appropriate pavement structure. At the time, the pavement provided an existing width of only 50’ and exhibited a pavement profile noted for isolated grade changes. Recently, the width of the runway was widened to 75’ and the profile designed to the recommended surface gradient standards. The longitudinal profile was raised above the 100-year flood elevation to minimize flooding potential. The pavement structure was strengthened to accommodate the aircraft utilizing it as an ingress/egress to the southeast quadrant. The project also provided upgrades or new systems for the runway edge lights, runway end identifier lights (REILS), precision approach path indicators (PAPIs), and airfield signage.

These widening and other improvements to Runway 12/30, the second-longest runway will greatly increase operational safety for the airport’s 80,000 annual operations while enhancing reliability and reducing overall energy consumption. Approximately 4000 tons of asphalt were overlaid, over 60 lighting and marking upgrades were provided, and updated signage and directional arrows were placed. 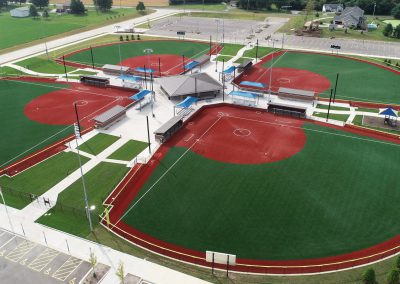 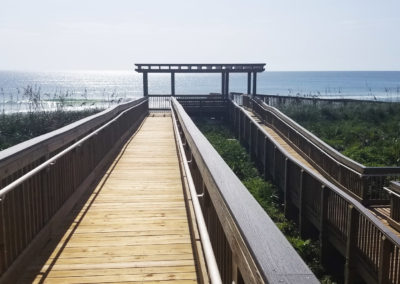